Too early to write off DoD e-health record

An old show-biz aphorism states, “Make your mistakes in small rooms.” You could say the same for software. When launching a new act, try it out where it can’t do too much damage.

To its credit, that’s how the Defense Department is handling its MHS Genesis project. The new electronic health care record system is supposed to be complete by 2022. So far, it’s only in four locations in the Pacific Northwest. Good thing, because...

An old show-biz aphorism states, “Make your mistakes in small rooms.” You could say the same for software. When launching a new act, try it out where it can’t do too much damage.

To its credit, that’s how the Defense Department is handling its MHS Genesis project. The new electronic health care record system is supposed to be complete by 2022. So far, it’s only in four locations in the Pacific Northwest. Good thing, because it doesn’t quite work yet.

Better to find out in the military equivalent of Utica than on Broadway. Not that users (and patients) at Fairchild Air Force Base don’t matter. Or at the Madigan Army Medical Center. They do, but— droll as it might sound — DoD has to start somewhere. If the developers, integrators, users and administrators can keep their common goal in mind, this tilting project can get righted.

As IT modernizations go, this is a big one. More accurately, it’s a switch out of old for new. But even new software will have dependencies on existing DoD systems. At the least, the new applications will need to access data for millions of users.

The Air Force faces a similar issue for its logistics systems modernization. As Maj. Gen. Cedric George told me, legacy data is formatted for specific machine instruction sets. Therefore a big sub-job is reformatting the data so its useful to new logistics applications.

If DoD is conducting a test, it feels real enough to the initial users. People report not being trained enough. It sometimes takes several people to complete a task. Old data isn’t always available. Politico reported some staff at Naval Station Bremerton quit, worried they would harm patients.

The Director of Operational Test and Evaluation hasn’t published its findings in full. We don’t know the full extent of how bad things are. But it sounds as if a beta version got put out for test. Maybe an alpha.

That’s a little puzzling, because DoD led people to believe it was buying a commercial product.

DoD agencies are smitten with the agile development drive. Agile says you put out small functional increments and let users try them. The feedback goes into the next iteration. The program management office for MHS Genesis says in effect that’s what’s happening. Testers generated thousands and thousands of fix requests.

A lot rides on this test. The Veterans Affairs Department is waiting to see whether it will sign a contract with Cerner for the same system. At some point in dim history, VA and DoD were supposed to be working towards a common e-health record system. The Coast Guard has also signaled its intention to do the same. USCG is using paper records at the moment.

You can’t say DoD has a B-Team on this project. Leidos is lead integrator. Cerner is among the biggest players in the EHR industry. The PMO says the contractors fix the problems as they come up, with each iteration showing improvement. It’s also true that doctors can be finicky users. They don’t like changes in their procedures.

At this point, DoD is digesting all the input. It plans to resume testing this summer. The PMO says the rollout to the West Coast facilities is still on for 2019. I believe it’s still too early to call this project out as a failure or in trouble. The trick with ambitious software projects is to get it right small. Then scale up fast. Right now, they’re getting the logic and the workflows right. Latency and other performance issues will crop up as the instances eventually multiply. But if the basic application is right, those will be easier to fix. 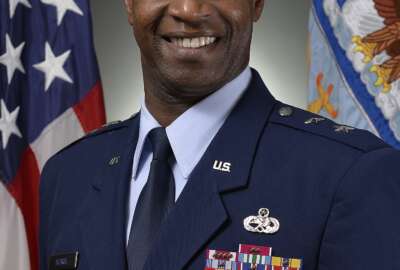