Are you a gig worker or job drudge?

But the so-called gig economy will stay a small piece of the larger jobs economy. This means large employers, including the federal government, will need to worry about their own policies more than the loss of people to the gig economy.

BLS also reported contingent workers are more than twice as likely as job-holding drones to be under 25. My take: They haven’t found full time jobs yet. The survey also finds, 55 percent of contingent workers would prefer a permanent job.

So is the gig economy all bunk? Not at all. Many models of contingent work exist, including independent contractor. Think programmer, writer or consultant as opposed to, say, construction worker. Among those, 79 percent “prefer their arrangement over a traditional job.”

For years, we’ve heard about the growth of the gig economy. Growing numbers of people would shop their skills. They’d never be tied down to a comfy cubicle for a decade here, a decade there. Now it looks as if the gig economy, while a permanent part of the greater economy, is a relatively static phenomenon.

For now at least, regular jobs come with benefits such as paid vacation and sick leave, 401(k) plans and access to various levels of health care insurance. Fewer jobs match 401(k) contributions, fewer still offer defined benefit pensions. But if you’re a freelancer, you’re on your own.

I recall a remark a friend made. He’d spent a long career at several corporations before starting a consultancy. “One thing about clients,” he said. “They all leave you eventually.”

So most people opt for the relative security of a full time job, preferring to concentrate on the work rather than the ceaseless business development required of being on your own.

I bring all this up because I think it bodes well for future federal recruitment. Even in the context of the Trump administration’s executive orders. If everything the EOs call for went into effect tomorrow, the government would still be an attractive employer.

It would still have:

Entrepreneurship, self employment and freelancing all have unlimited upside, unlike most jobs. You can also end up on the street. But with enough appetite for risk or some brilliant talent you can be rich. The rest of us … have jobs.

But there’s nothing wrong with a little action on the side.

What the heck is IT modernization anyhow? 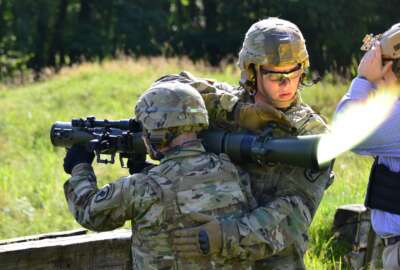 If war is hell, how hellish should training be? 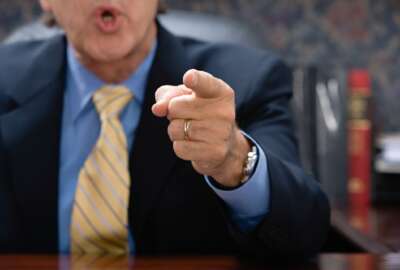 You’re fired. Have a great weekend!