You’ve heard the adage, everybody’s favorite radio station is WII-FM. What’s In It For Me. When it comes to news reports, columns and broadcasts from Federal News Network, people devour anything that hits close to home. For federal employees, that’s pay, benefits, whistleblowers — things in the work place.

It’s not quite right to say readers only care about themselves. More accurately, they closely follow what’s happening to colleagues in other bureaus, agencies and departments...

You’ve heard the adage, everybody’s favorite radio station is WII-FM. What’s In It For Me. When it comes to news reports, columns and broadcasts from Federal News Network, people devour anything that hits close to home. For federal employees, that’s pay, benefits, whistleblowers — things in the work place.

It’s not quite right to say readers only care about themselves. More accurately, they closely follow what’s happening to colleagues in other bureaus, agencies and departments that they can visualize happening to them. People think, “If they move a few dozen people from the Bureau of Land Management to, my gosh, Grand Junction, Colorado, where could they send me?”

At least that’s the picture I get from the list of my own best-read columns from 2019, helpfully compiled by our web staff, which uses all sorts of statistical services called web metrics. In my early journalism years, print metrics were vaguer and came long after things were published. Today we have as-it-happens reporting on what people are clicking on and how long they’re sticking with a story.

My most-read pieces had to do with the weird happenings in the federal workplace, now surprisingly. A year which started out with half the government under a lapse in appropriations led to my No. 1 column, concerning the contrasting ways in which agency heads welcomed back the rank and file who were furloughed. NASA gave employees a classy letter with lots of information. Interior sent them what I called “pleasant blather.”

Readers devoured anything having to do with government reorganization, for which the Trump administration pushed hard on many fronts. My headline for second-best-read column referenced the figurative ginsu knives being applied to the Office of Personnel Management. Congress and the president did agree to carve out OPM’s security background investigation function and re-attach it to the Defense Department. But they’re stuck in stalemate with respect to moving the rest of OPM into the General Services Administration, like the chicken in a turducken.

Nearly as popular was my fourth-read column on the administration’s push to move certain small agencies out of Washington, D.C. I’d interviewed Alan Berube, a thinker at the Brookings Institution. His contention was that you could make the case for moving government units, given that more than two thirds of federal employees already live and work outside of the capital region. But he said a far-fetched bill to move whole departments, proposed by Senators Josh Hawley (R-Mo.) and Marsh Blackburn (R-Tenn) might not be the best approach.

The proposed move of BLM and the actual moves of two small Agriculture Department bureaus bring to mind playing tug-of-war with a towel and a dog — a stalemate neither side wants to concede. Yeah, the Economic Research Bureau and the National Institute of Food and Agriculture moved their headquarters technically, and under cattle prod. But very few of the people actually relocated to Kansas City so as best anyone can tell USDA Secretary Sonny Purdue won a phyrric victory.

Tug-of-war seemed to fit the subject of my third-best-read column, concerning the Defense Department’s JEDI cloud computing acquisition. This one has had more bizarre turns than a funhouse, and it involves two of the biggest and most famous companies in tech. First JEDI was supposed to be wired for Amazon. When Microsoft won, Amazon protested, claiming it, Amazon, is on the losing end of politics. Now that it’s in the U.S. Court of Federal Claims, the case will take months, perhaps more than a year to settle.

Whistleblowing is a perennial hot topic for federal employees, really anyone in the federal complex. Most people feel at one time or another that the higher-ups are up to no good. I’ll wrap with my fifth most read column. It covered a State Department inspector general’s report on whistleblower retaliation. The report was alike a primer on what not to do.

I expect to keep writing about these topics in 2020, because they’ll keep coming up. Over the holiday I was at a brunch also attended by a now-retired but long-time federal official who is something of an expert in public administration. He said that after a long time, he started feeling like the stories of federal management travails sounded like broken records, or reruns maybe.

Yes the issues do keep coming ’round, perhaps. Still, they’re never exactly the same. As an opera fan, I’ve heard the Magic Flute, Carmen and Madame Butterfly and others several times each. I never get bored with them either. 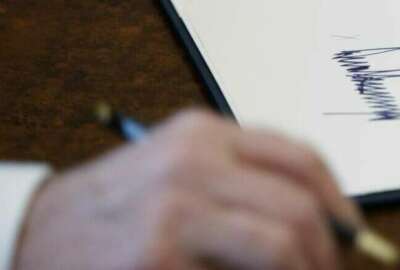