The diversity and inclusion training debate

The Office of Personnel Management has called for a stand down on, or maybe just a review of, diversity and inclusion (D&I) training. Maybe it is a good time to review the content and purposes of this type of training?

In some ways, D&I training is a form of ethics training. When it comes to training on rules for gifts from vendors and that sort of thing, I’ve always thought that ethical people don’t need it, and it won’t have any effect on people bent on circumventing the rules. When it comes to diversity and inclusion, it’s fair to say nearly every person harbors biases of one sort or another.

A long ago collegiate writing teacher commented dryly that when you walk down the street, everybody’s ugly. Yet we all have experienced the phenomenon that no one is ugly once you get to know them.

Heretofore, training has mostly been to ensure the organization and the people in it follow laws for equal employment opportunity and related statutes. You can’t not hire someone because they are this or that, other than qualified for the job. You can’t deny people promotions or other opportunities on the basis of factors other than merit. Employees, whether peers or supervisors, must treat everyone equally — and that doesn’t mean harassing everyone equally.

Over the years offensive items have been squeezed out of work places: Confederate or Nazi flags, or provocative pictures, for example. I used to tour factories and distribution warehouses occasionally in another life. The old RIDGID Tool calendar, with its Peter Gowland shots of models posing with gigantic pipe wrenches or pliers, was the least of what I sometimes spotted, among items that would make a pirate blush.

Still, even in today’s hypersensitive environments, you can’t necessarily understand someone else’s experience. Take the ogling and whistling that women sometimes still endure, say near construction sites or in the luxurious offices of motion picture studios. Few women find it amusing. At best it’s offensive, at worst threatening.

Although perhaps less often, men get the same thing. In my more than 25 years of running outdoors, I can attest to this. And yes, sometimes it’s harmless and fun, like the young women right along a Marine Corps Marathon route who yelled, “Show us your Band-Aids!” (Male runners will know what I’m talking about). Sometimes it’s menacing, like when coming from an open-windowed SUV filled with inebriated people. I’ve had that happen too, more than once.

As for race, yes many Black people report totally different experiences in situations that are unremarkable to others. Spending a moment in the other person’s shoes — at least knowledge of it — can be enlightening. Training that effectuates this without insulting, patronizing or demeaning people is useful.

But what of critical race theory, the idea of systemic racism — which has been only vaguely defined — and the doctrine that America is inherently racist even to the premise of its founding? Or of the idea that all White people are overtly or unconsciously racist? Or, as the White House Sept. 22 memo stated: A Smithsonian Institution museum graphic recently claimed that concepts like “[o]bjective, rational linear thinking,” “[h]ard work” being “the key to success,” the “nuclear family,” and belief in a single god are not values that unite Americans of all races but are instead “aspects and assumptions of whiteness.” The museum also stated that “[f]acing your whiteness is hard and can result in feelings of guilt, sadness, confusion, defensiveness, or fear.”

I think it’s fair to say these ideas are debatable, neither completely off limits nor indisputable conditions. They’ve had academic adherents for many years. For the government, the question is whether they belong in the training of working professionals. If you want people to act according to sound equal employment opportunity policy and ethical principles, denigrating any group by virtue of its birth doesn’t seem like a great way to go about it. Unfortunately, the way the White House has gone about trying to answer the question should have been more methodical and transparent.

Concerned with what, in its view, are pernicious ideas being foisted on federal employees, in some cases by contracted-out training, the Trump administration hastily drew up a memo from Office of Management and Budget Director Russ Vought. But the White House couldn’t or wouldn’t produce examples of the kind of training it wanted to stop. Some say the president saw it on television. Others claim to have received PowerPoint slides. Federal News Network inquiries went unanswered from OMB.

A series of memos and policies, culminating in two different versions of a memo from the Office of Personnel Management, which is at least quoting examples of purported training materials. But because OPM was ambiguous agency heads and training staffs don’t know whether or not they can continue with diversity and inclusion programs until the programs undergo an OPM review. As Nicole Ogrysko reported, this sentence: “All diversity and inclusion training for federal employees is on hold, and may not proceed, until those materials have been submitted to OPM and OPM has reviewed and approved those materials,” disappeared from the OPM memo sometime Friday afternoon.

Two types of training should happen in federal agencies. One to ensure hiring, access to opportunities and promotions happen in an unbiased manner according to legal, EEO principles. The other ensures people, at the day-to-day interaction level, simply act as if they were raised correctly. Standards, norms, nominal expectations evolve so it’s a moving target over the decades. Like smoking, recreating a real-life “The Office” isn’t socially acceptable anymore.

A better approach would be a gathering of training subjects and methodologies from across the government, and measuring them against standards and expectations of what diversity and inclusion training is supposed to accomplish. That way, the administration and agency leadership would know whether the controversial topics are included as a survey of what’s out there, or whether training is aimed at indoctrinating people.

At this point, we don’t really know. 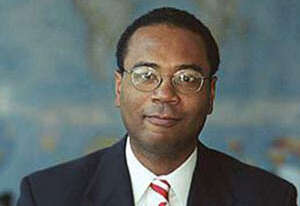