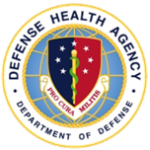 The Defense Health Agency is following the lead of the Centers for Medicare and Medicaid Services by reexamining how it pays providers.

Dr. Paul Cordts, director of Health Care Operations at DHA, told the Federal Drive with Tom Temin that DHA is considering moving to a pay-for-performance model, rather than the standard fee-for-service model currently being utilized.

“When I was a hospital commander, I was incentivized to improve the readiness of the soldiers on the base, to deliver a better patient experience, to improve on the quality measures and the measures around the safety of the care that we delivered,” he said. “Our hospital would receive additional reimbursements based on making improvements in these measures. We’ve been doing that for quite some time. This concept of value-driven care and bundling and accountable care I think is the next logical step for the military health system, both in the TRICARE system as well as in our direct care system.”

Cordts said that there are multiple models of this system, and that DHA is looking at testing a few of them.

“One of the first models we will test is bundled payments for patients undergoing lower-extremity joint replacements, such as total hip or total knee replacements. and we’re looking at the way Medicare has done their joint replacement payment model, which tests quality and cost of care delivery,” he said. “We’re  taking a careful look at that model. Our model will be slightly different but largely based on the Medicare model.”

Cordts said that bundled payments are a system where reimbursement is based on medical condition, and doctors and other providers have to coordinate in order to provide better care.

Another model DHA plans to test is the accountable care organization. In this model, the various health care providers voluntarily come together to form organizations that can be accountable for treatment from beginning to end, and coordinate regularly rather than on a case-by-case basis.

If DHA decides to use this system, it could use the same accountable care organizations that CMS uses.

Cordts said there could be issues with the plan, however. Doctors could be incentivized to cut costs of care after surgery, or they may choose lower-risk patients in order to reduce the chances of complications.

In addition, the agency could potentially see the costs of care actually rise. The theory is that, while initial costs may be higher, more focus on patient outcomes would lower overall costs. But it may not work out that way.

“If the costs go up, we need to reconsider this model, and we will be testing a variety of models,” Cordts said. “This is just the first model that we’re test starting next month, so we expect to have several of these demonstration products exploring this product, exploring this concept of accountable care organization and value-driven care.”

Tom Temin is host of the Federal Drive and has been providing insight on federal technology and management issues for more than 25 years.