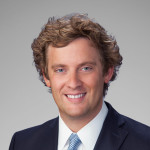 While the focus of the current presidential election campaign is on a variety of contentious issues, there’s one group that’s already looking beyond November to that 73-day period between the election and the inauguration.

Transitions between presidencies are complex, and one of the major concerns for the team in charge of making sure nothing goes wrong in one critical area — national security.

“The transition is really a period of vulnerability for the country,” David Eagles, director of the Center for Presidential Transition at the Partnership for Public Service, told the Federal Drive with Tom Temin.

“It’s a time that is delicate.  New teams coming in have historically not had instruction manuals and there’s nothing for them to turn to to get up to speed on Day One,” Eagles said.

In an environment where terrorism doesn’t take a day off, early-bird briefings start for the candidates in July around the conventions.  These are not full briefings and are at the discretion of the president and the Director of National Intelligence.

The outgoing administration, therefore, plays a critical role. Eagles said concern for maintaining national security during the transition really started in earnest in the post-9/11 period.

Since that time, there has been new legislation passed to ensure there are exercises with the incoming cabinet to help reduce risks.

Eagles credited President George W. Bush’s Chief of Staff Josh Bolten for coming up with the idea of having the outgoing and incoming cabinet officials meet in January before the inauguration to discuss various security scenarios.

“They tried to test our response mechanisms,” Eagles said.  “It was an interesting exercise where the incoming team could learn how the outgoing officials made decisions.”

Already, the Obama administration is putting together memoranda focusing on specific countries and key issues so the incoming team will have something to inherit.

“That’s something that really should be accelerated, definitely a best practice, and something we are working on closely with the current administration,” Eagles said.

One way to help prevent any potential issues from arising is to ensure incoming leaders know how to be presidential in dealing with or speaking with other world leaders.

“There is a protocol in how you converse with world leaders and there’s an order you contact these leaders,” Eagles said.  The State Department, he said, is key in cueing the new administration on how to deal with their counterparts abroad.

These transition teams are starting earlier than ever before, said Eagles, with the goal of making the next transition one of the smoothest in history.

But there’s more the incoming administration must deal with.  One is  simply learning how to be part of government – learning to work with career employees and military leaders who continue through the transition, and, of course, Congress.

Not only have recent presidents had trouble getting their nominees confirmed in a timely manner. According to Eagles, they’ve also had issues acting on their campaign promises. The natural tendency, he said, is to close the door and try to catch your breath.

But if the transition is done right, said Eagles, the next president should be able to hit the ground running, ready to lead and govern on the first day in office. 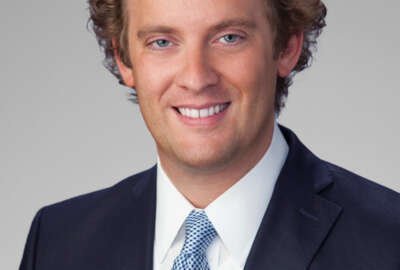