Former Defense Department official Andrew Hunter said last year the defense authorization bill had a 99 percent chance of being vetoed by the President.

He was right, and if it weren’t for the budget deal, it’s possible the 2016 defense authorization act would have never made it into law.

Hunter, who is an analyst for the Center for Strategic and International Studies, now thinks a veto is virtually “baked in” to the 2017 authorization bill. With the election coming up and some prominent figures possibly returning to Congress in November as lame ducks, that could set the stage for a big battle over the bill.

It could also mean one of Congress’ most reliably passed bills — one that has become law more than 50 years in a row — might fall short this year.

“Both defense authorization bills were written, in my view, with the expectation there was going to be a veto in this process along the way,” Hunter said during an Aug. 30 Heritage Foundation event in Washington. “Last year, when we had a veto it was very much in doubt throughout the year. … Ultimately, obviously, he did and I would say at least it appears there was no political price paid for that veto.”

Hunter said if the President didn’t experience any repercussions for the veto last year, the odds of him doing it again are pretty good.

Both houses of Congress, therefore, wrote their defense authorization bills with a pre-veto position, one that made big changes, so it could compromise on some wins after the veto.

But since it is President Barack Obama’s last year in office and not signing the bill probably wouldn’t make a major impact on his legacy, it’s possible that compromise may not happen, Hunter said.

“I can’t think of any year during my time where the veto was a foregone conclusion. It makes me a little nervous, because once you start talking about one veto then you start to say, well you know, there could be a second veto. There could be a veto, the bill could be modified and sent back to the President and maybe it could get vetoed again,” Hunter said.

Obama isn’t the only variable either. Senate Armed Services Chairman John McCain (R-Ariz.) may be losing his congressional seat or at least his chairman seat if the Senate flips to Democratic control after the election.

That could set up an interesting dynamic over how much Congress is willing to compromise with the President over the NDAA, Hunter said.

Congress is currently in the conference process reconciling the differences between the House and Senate NDAAs.

What comes out may be a little more watered down and to the Obama Administration’s liking, but both houses made some drastic changes in their bills.

The House version requires an increase in the size of the military. It also uses some budgetary tactics to put more money in the Defense base budget and forces Congress to pass a supplemental budget next spring to pay for the wars overseas.

The Senate version completely overhauls DoD’s acquisition organization. It reduces the size of the National Security Council staff, cuts senior executive service staff and expands the role of the Joint Chiefs of Staff.

The Obama administration already expressed its displeasure with both bills in statements of administrative policy.

The Senate bill “would hinder DoD’s ability to execute the President’s defense strategy and the administration’s ability to carry out national security and foreign policy,” a June 7 statement of administrative policy stated.

The President and Defense Secretary Ash Carter both called the House’s fiscal plan irresponsible and said it created a fiscal cliff for funding troops overseas. 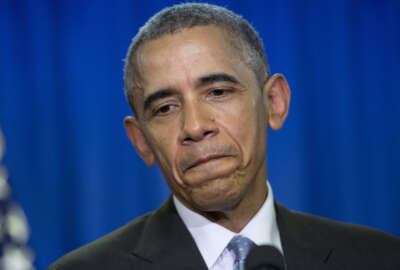