How agencies can build an engaged social media following 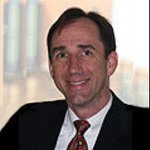 It’s tough for federal agencies to gain a really engaged following on social media. Especially when, more often than not, their feeds look like this:

To be fair, the Office of Personnel Management does have 43,200 followers on Twitter. But weigh that against 2.6 million federal employees (as of 2014, the last numbers OPM has made available on its website) and legions of unions, contractors and reporters with a professional interest in what OPM says. It begs the question: how well is it actually connecting with the public it serves?

But Tim McManus, vice president for education and outreach at the Partnership for Public Service, said there’s a trick federal agencies have started using to gain more widespread exposure: piggybacking on the hype of something that’s already trending, like the Olympics, or a certain teenage pop-star.

“At one point in the not too distant past, a singer, Justin Bieber, made a comment about wanting to go to the moon or Mars or somewhere in space,” McManus told the Federal Drive with Tom Temin. “And actually, this is a great example of NASA jumping on it. They saw him tweet something about wanting to go to space and they jumped all over that and said ‘NASA’s the one that can take you there.’ And overnight their social media started blowing up, because everyone who was following Justin Bieber suddenly started to follow NASA.”

I wanna do a concert in space

Maybe we can help you with that. ‘All Around the World,’ next off it? RT @justinbieber: I wanna do a concert in space

A  more recent example is the State Department capitalizing on Secretary John Kerry’s visit to the Olympics.

Some friends took a break from training this afternoon to welcome me to #Rio2016 🇺🇸 Go #TeamUSA! pic.twitter.com/SqF39DJ6p9

These are good ways to reach an audience agencies like these wouldn’t normally, McManus said.

“The key now, in my estimation, is how do those agencies or other agencies like them continue to put feeds out that are actually going to continue to attract the attention of those people that they’ve been able to lure in,” he said.

Capitalizing on these events may cause an overnight spike in followers, but agencies need a dedicated strategy — including regular, timely, interesting and relevant content — if they’re going to keep the attention of the public.

And keeping that interest is key to staying a part of the conversation, which is important, McManus said.

“If I’m at an agency, I want to help control the message and the brand that I’m actually putting out there,” he said. “What we’re about. I would rather do that myself than have others do it for me.”

Aside from tweeting job openings, there are other platforms, like Glassdoor, that allow employees to discuss the federal work experience. McManus said that agencies should strive to be a part of those conversations as well if they want to avoid retention and recruitment issues.

And contrary to popular belief, social media isn’t just millennials talking about Pokémon and handlebar mustaches. Baby boomers are one of the largest and still growing demographics on many social media platforms, McManus said. 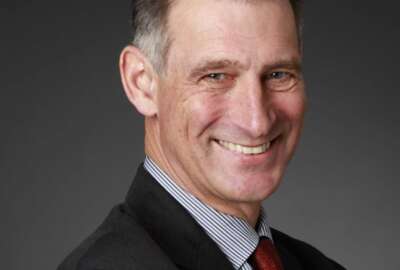 Michael Herz: Social media not quite what agencies promised