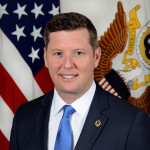 Patrick Murphy, under secretary of the Army
Download audio

ATLANTA–Transitioning out of the military is already hard enough without worrying about finding a job in the civilian world.

Navigating unfamiliar terrain post-military is especially difficult when service members feel they have no resources to help them navigate and readjust. That’s where the Soldier for Life initiative comes in; enabling soldiers, active duty and retired, veterans and their families to leave the service connected to employment networks, education and health resources.

“We believe that by expanding the soldier for life initiative, it sets a tone, not just for soldiers transitioning out of the Army, but sets the tone for the next generation to come within our ranks they will be leaders of character for a lifetime of service,” Murphy said. “It’s important to let the American public know that veterans are not victims, that we are civic assets to our nation.”

Along with its other initiatives, Soldier for Life plans trips to see soldiers and let them know there are people on the other side looking out for them when they need them.

A veteran himself, Murphy understands the struggles soldiers today face, especially when it comes to wide-held beliefs about former military.

“There’s a misconception out there that our veterans are wounded or injured. I’m a big believer …  in post-traumatic growth. We’ve seen many of our soldiers who have seen combat gone through traumatic experiences, but it’s made us stronger as Americans.”

While resources at Soldier for Life range from fitness programs to PTSD support, veteran unemployment is a primary concern.

“Last year, we spent over $200 million in the army to pay unemployment. That would fund at least half a brigade combat team,” he said. “Until [veteran unemployment hits] zero, we wont be satisfied. … If we can save tens of millions of dollars per month like we have been tracking the last several months, that will be great, not just for short-term balanced budgets, but for those soldiers over a long-term career.”

While unemployment is a shrinking but ever-present issue, underemployment is another problem for veterans trying to find decent civilian work.

“For some folks, they want to be underemployed because they want to go to college and they want to take classes, do part-time school and part-time work. But, we want to make sure that whenever we’re talking about Soldier for Life, we’re being clear that they’re expected to be civic assets, and for most of our soldiers, that’s full-time employment.”

Soldiers leaving the Army today may face any number of hurtles once they’re out of the military, but Murphy wants them to know that the Army — one way or another — will be there for support.

“I love our soldiers and I’m one of them,” he said. “We’ll do everything we can to be there for you and sometimes its not going to be that Army that can foot the bill. But there are other non-profits we will connect you with that will hopefully be there for you.” 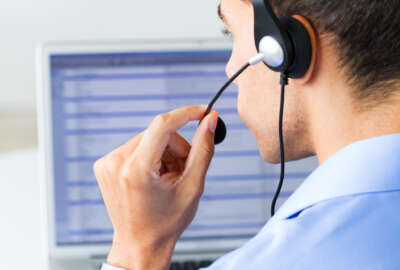 Ahead of Windows 10 migration, Army’s helpdesk girds for surge of tech support calls 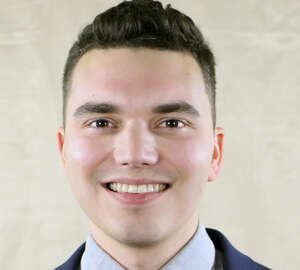 Scott Maucione: On the road with Army under secretary 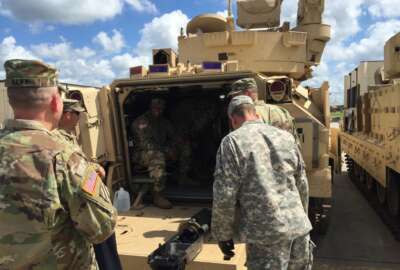 Tweets from the field: Embedded with Army Under Secretary Murphy