How DoD can make the most of proposed $52B budget boost

President Donald Trump’s budget proposal may have called for a 10 percent, $52 billion boost to defense spending in 2018, but that’s not the same thing as carte blanche. The Defense Department is going to have to prove that it’s spending that money wisely, not frittering it away on superficialities.

That’s why Mark Cancian, a former White House budget manager who currently works with Center for Strategic and International Studies, is suggesting that DoD stop running its own school system.

“The overall thesis is that DoD needs to focus on warfighting requirements and get out of the many auxiliary activities it has picked up over the years,” Cancian told the Federal Drive with Tom Temin. “And running a school system in the United States is one of those. Everyone agrees that for overseas bases, you need American schools, but in the U.S., the need for these schools has long faded.”

Cancian said these schools were originally designed to benefit remote bases, then later adapted so that DoD wouldn’t be sending students to segregated schools in the South. But that’s not necessary anymore. So why keep spending?

Other opportunities to cut spending that doesn’t make sense anymore include:

For example, Cancian said DoD conducts research on Alzheimer’s, breast cancer and autism; important causes, but ones likely better left to the National Institutes of Health.

And military medical care suffers a similar misalignment of priorities.

“The military medical program is there to provide medical care to service members who are deployed and in conflict,” Cancian said. “But in fact, most of their care, most of their structure is devoted to taking care of retirees and dependents back here at home. The Army, for example, has 250 pediatricians and a wartime requirement for one. “

Cancian said this is an opportunity to shift those retirees and dependents back into civilian care, which is better suited to provide for them. 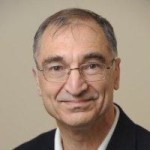 Many of these programs have their roots in an era when the military had an excess of cheap labor due to drafts.

“But now we’re in a situation with the all-volunteer force of having to compete on the market for talent that military personnel are extremely expensive and extremely hard to recruit and we ought to use them in those billets where you have to have a military person,” Cancian said.

Instead of military personnel, Cancian suggested that these capacities could be filled by civilian government employees or even contractors.

But Congress has been conspicuously silent on these issues, possibly because each of these issues has its own advocacy group.

“It’s been said that there are low hanging fruit for reducing DoD overhead, but the fruit are guarded by dragons,” Cancian said. “The opposition to making change is quite formidable.”

Cancian compared it to the situation of base realignments and closures (BRAC). Although it was proposed four years in a row as a cost savings measure, no one in Congress wanted to risk having a base closed in their own districts.

But he noted that the tides might be turning for BRAC, saying that Senate Armed Services Committee Chairman John McCain (R-Ariz.) has begun to show interest

“We need to talk about it, and I think it has to be considered,” McCain said in January.

Meanwhile, House Armed Services Committee Ranking Member Adam Smith (D-Wash.) introduced a bill in January to initiate a new round of BRAC in 2019.

“Of all the management reform initiatives you could take, that’s the easiest,” Cancian said. “There’s an established process, a track record of savings. And I would also note, if that’s the easiest one, you get a sense about how difficult the other ones are.”