Mark Cancian: Congress should do its homework before cutting DoD’s ‘fourth estate’

As part of this year’s attempts to reform the Defense Department, House Armed Services Committee Chairman Mac Thornberry said he wanted to tackle a part of the Pentagon that Congress almost never pays attention to: The defense agencies that make up what’s commonly called the Fourth Estate. The bill would have gotten rid of a half-dozen DoD agencies. But the idea died almost as quickly as it was conceived. Mark Cancian, a senior adviser at the Center for Strategic and International Studies, talked with Federal News Radio’s Jared Serbu on Federal Drive with Tom Temin about the Thornberry proposals. Cancian said Congress should continue to take a close look at the fourth estate but lawmakers ought to do a bit of homework first. 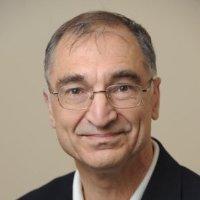