Among female employees in the Justice Department’s law enforcement agencies, only 33 percent think their workplace is gender-equitable, even though more than half of men think so. That’s one of the findings of a new, exhaustive review by the DOJ Office of the Inspector General. The IG also found that only 16 percent of the four agencies’ law enforcement agents are women, and even fewer manage to get promoted to senior positions of GS-14 or higher. Michael Horowitz is the inspector general at the Justice Department. He talked with Federal Drive with Tom Temin about the review, and why his office conducted it. 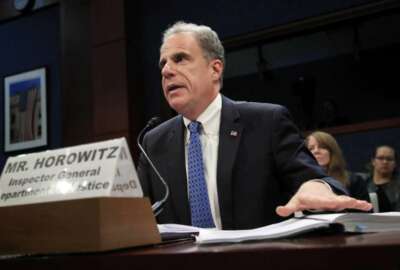