May proves dismal for TSP performance

Nearly every fund in the Thrift Savings Plan took a tumble in May as the government securities investment G fund and the fixed income investment F fund were the only funds not to drop from April’s numbers, according to returns released Monday.

It was stark change from May 2018, when all funds but one rose and ended in the black. Last month also experienced a 2.55% loss on May 13 — a paper loss of approximately $800 billion and “the worst single-day percentage loss for the Wilshire 5000 since Dec. 24,” as Federal News Network previously reported.

The international stock index I fund also ended in the red last month, with a return of -4.69% compared to 2.92% in April, according to Monday’s release.

All Lifecycle funds also dropped month over month in May, the first time any of them had finished in the red since December. Among them, the largest decline was the L 2050, which had a return of -4.67% compared to 2.96% in April. The smallest Lifecycle decline was the L Income fund, which went from 0.89% in April to -0.98% last month. 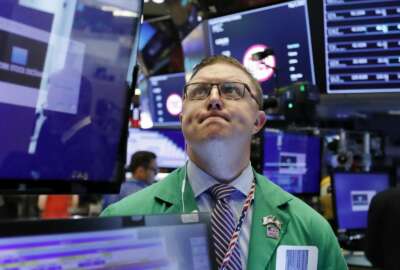