TSP performance up from March but still down from 2020

Monthly changes in the Thrift Savings Plan’s performance were somewhat positive in April but returns were still mostly down when compared to the same time a year ago.

According to monthly totals released by the TSP on Monday, the largest monthly increase from March to April was in the small capitalization stock index S Fund, which rose from -0.39% to 4.23 during that time. The second-highest improvement was in the fixed income investment F fund, which increased from -1.23% to 0.82%.

The common stock index investment C fund had an April return of 5.33% compared to 4.38% in March, while the international stock index I Fund’s April return was 3.09% versus 2.35% the month before.

When compared to April 2020, only the G fund was up while the other stock funds all had decreased returns. Last year,  it wasn’t until May — about two months after the COVID-19 pandemic was in full swing — that the TSP saw a major plunge.

The biggest drop from April 2020 to last month was in the L 2055 fund, according to Monday’s numbers. It finished last month at 3.66%, however, the fund was not introduced until June of last year so it does not yet have a full 12 months of performance history. 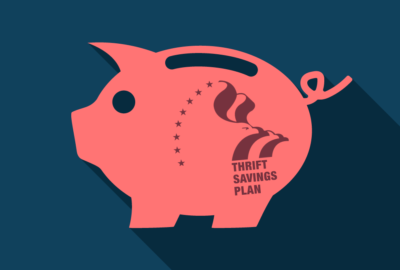