We conclude our series, Federal Unions: For better or for worse, exploring the role of unions in the federal workforce. This week, Federal Drive with Tom Temin heard from a highly pro-union academic, an anti-union right-to-work advocate, and a longtime federal executive who’s of mixed views. Today we heard from the president of one of the major...

We conclude our series, Federal Unions: For better or for worse, exploring the role of unions in the federal workforce. This week, Federal Drive with Tom Temin heard from a highly pro-union academic, an anti-union right-to-work advocate, and a longtime federal executive who’s of mixed views. Today we heard from the president of one of the major unions itself, the National Treasury Employees Union’s Tony Reardon.

Tom Temin: Tony, good to have you on.

Tony Reardon: Thank you, Tom, it is great to be with you.

Tom Temin: And I imagine that you feel that federal unions definitely have a role here in the good operation of the public’s business. So I don’t think I have to answer that question for you. But as a longtime union employee, and head of one of the big ones, what do you think unions do best with respect to the discharge of the public’s business through federal agencies?

Tony Reardon: Tom, that’s an excellent question. I think unions provide employees a meaningful voice in the workplace through collective bargaining. You know, frontline workers have the best viewpoint for how to improve government services and their union helps them to be heard and makes it safe for them to express their viewpoints. I think unions also do a terrific job in making sure that federal service laws are upheld and that workers are protected from discriminatory or unfair treatment. And unions certainly promote the value and nobility of public servants. We need in this country, the best and brightest employees in our federal government, and unions push for policies that can make federal employment more attractive, such as telework. We’ve heard a lot about that over the course of the pandemic. Also parental leave, fair pay, good benefits, and so much more. And finally, I would say, Tom, that unions do, I believe, an outstanding job advocating for funding and resources, so that federal agencies have what they need in order to accomplish their missions for the American people.

Tom Temin: And from the union standpoint, what do you feel that agency management can best do to get the best out of a relationship with a union that’s there, say, agencies like the Treasury Department’s IRS, for example. That’s kind of the original NTEU place of bargaining. What should managers do to make the most of it?

Tony Reardon: One of the things that I always talk about when I first go in and start talking to a department head, for example, agency head or even a secretary in the cabinet, is NTEU is looking to have a collaborative and productive relationship with the agency. And I think oftentimes, that actually starts with effective communication. And there are quite a few examples. You mentioned the IRS. I think a really good example of the relationship working the way that it’s envisioned is really around the pandemic, something that all of us in this country have been experiencing for the last year. And that is that, early on in the pandemic, Commissioner [Chuck] Rettig from the IRS and I, and a couple of our folks from our senior team got together. And we established our respective COVID-19 teams. And even to this point today, those teams get together on a weekly basis, and certainly almost talk daily or exchange emails daily. The idea behind it was, let’s establish a formal communication between the two parties, so that we can get problems and issues put on the table and have a quick way to deal with those. And that’s what we did. And it has really, I believe, been essential to how the IRS has addressed the pandemic for employees, and for our ability – NTEU’s ability – to make sure that the IRS was aware of the issues that employees were experiencing. And I think it’s been a pretty good way to go about doing this.

Tom Temin: We’re speaking with Tony Reardon, he’s president of the National Treasury Employees Union. And what mistakes do managers make? And let’s say that things have changed a lot since the Trump administration into the Biden administration, and whether they were mistakes or just [a] deliberate way of dealing with unions because of a philosophical background. But regardless of that, what mistakes do managers tend to make when trying to deal with a union?

Tony Reardon: Well, sometimes what happens is that management won’t be necessarily interested in sitting down and actually having those conversations. I can just give you a really good example of where that was the case. In the last administration with the Department of Health and Human Services what we had was, when we sat down to bargain a contract with the department, their bargaining team made very clear early on that they were not interested in being at the table with us. They weren’t interested in our proposals. And we had something like 16 weeks of bargaining scheduled. And you know, it doesn’t necessarily have to go that long but that’s what was in the ground rules. And unfortunately, after a couple of days, the HHS team decided that we had reached a point where both parties couldn’t go forward, that we were at impasse. Couldn’t move forward. That really demonstrated, I think, their view that they weren’t interested in having any communication, they weren’t interested in sitting down and having meaningful dialogue with the union. And, certainly we believe that the law requires for them to actually sit down and meaningfully bargain with us. And so when they make clear that they’re not interested in what employees voices are saying and what they’re interested in, that’s a real problem.

Tom Temin: And just for those that may not know, given the fact that federal unions can’t negotiate pay and benefits, what are the chief elements that you bargain with, with an agency?

Tony Reardon: Well, certainly, we bargain over a wide variety of things. The contract will include all kinds of issues that an employee would face in the workplace. Really every part of their work life, what happens in the workplace is really governed by the contracts that we bargain. And certainly, like you said, it’s not paid, but it certainly is hours and schedules and all kinds of things that impact the daily lives of employees. What sort of grievance rights do they have overtime? As I said, schedule, all kinds of things.

Tom Temin: Does that also include perhaps the way that work is done? I’m thinking again, using the IRS as an example – there’s a lot of process that happens at the IRS, and long-term employees on the front lines might have a better idea of the best and most efficient way to execute a process. Could that be part of bargaining?

Tony Reardon: Absolutely. And we certainly have those kinds of conversations with the agency. In fact, at the IRS, we are currently engaged in bargaining with them. And so you’re exactly right, Tom, that those are issues that we discussed, too, and why they’re so important, I think you hit on, which is that frontline employees are the ones that are often doing the work. They’re the ones who are dealing with customers, for example. And so they really see the impact of how work is done or should be done. And so bargaining is a really good opportunity for us to sit down with agency management and talk about those things and try to make sure that the voices of frontline employees are heard.

Tom Temin: And when you counsel those that are running the locals, local union heads, what do you counsel them to avoid doing to help maintain good relations with the agencies?

Tony Reardon: Whenever I have conversations, and I often do with management groups, and obviously, I certainly do with NTEU’s leaders around the country. And the number one thing that I always go to is communication. I think that is really the basis oftentimes for either building a successful relationship or not. The fact is that nobody likes surprises, managers don’t like surprises, and neither do employees and certainly, our NTEU leaders don’t. So if, for example, a manager is deciding on some new way to do something, or there’s some new information that they’re going to ultimately convey to employees, I’m always suggesting on both sides, both on the union side, as well as on the management side, get out in front of it and have a conversation with your counterpart, either in the union or in management, and talk about what it is you’re trying to accomplish. And listen to what the other side has to say. Because my view is that in the final analysis, it’s that back and forth, and that communication, and that really trying to understand the position of the other side is where you really get at the best outcomes.

Tom Temin: And finally, what do you see as the future? Just more of what we’ve seen? Or do you have some kind of grand vision for where this whole union movement in the federal workspace and the future dealing with agencies should go, looking ahead?

Tony Reardon: Tom, looking ahead, I mean, I think that to the extent that we’re able to have management and unions really sitting down and having meaningful dialogue – and I think this is something that the new administration has really pushed forward – I will tell you that since President Biden has come into office, I have had so many conversations with various secretaries in the Cabinet. And what they’ve really demonstrated to me is that they are very interested in what frontline employees value, what’s important to them, and ways that they think that they can get the work done better. And I think if management and if unions have that framing, I always tell management that there are really three key elements to that. One is making sure of course that employees are valued and that their opinions are heard, that they’re listened to. The second thing is making sure that the agency missions, the way that we’re working enables agency missions to best be addressed. And the third thing is that, something that we all share, is making certain that we’re doing the work in the best way for the American people. And I think if we focus – both parties focus on those three things, we often have, as I said earlier, some really positive outcomes.

Tom Temin: Tony Reardon is president of the National Treasury Employees Union. Thanks so much for joining me.

Tom Temin: We’ll post this and all of the interviews in the series, “Federal Unions: For better or for worse,” at FederalNewsNetwork.com/FederalDrive. Check off the Federal Drive, subscribe at Podcastone or wherever you get your shows. 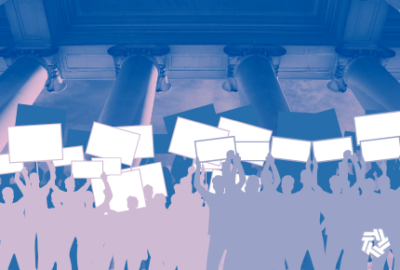 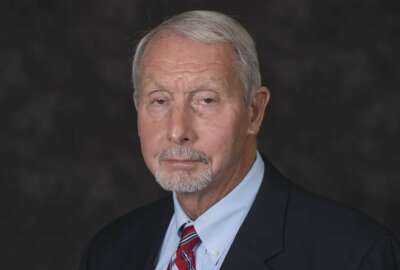 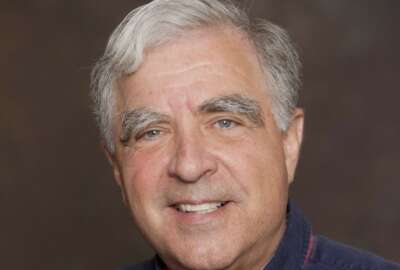