Employees at the Veterans Affairs Department are hearing from their new boss for the first time this week.

In a video message to employees, new VA acting Secretary Robert Wilkie described his vision for the department and his own leadership philosophy.

“We must have a bottom-up organization,” Wilkie said. “The energy must flow from you [who] are closest to those we are sworn to serve. It is from you that the ideas we carry to the Congress, the VSOs and to America’s veterans will come. Anyone who sits in this chair and tells you he has all the answers is in the wrong business.”

With former Secretary David Shulkin’s removal, President Donald Trump named Wilkie, the undersecretary of defense for personnel and readiness, to lead VA. He’ll serve on an interim basis while the Senate considers the nomination of White House physician Rear Adm. Ronny Jackson to be the department’s secretary.

Though Wilkie acknowledged it’s unclear how how long he’ll serve at the department, he said he wants VA employees to start thinking about customer service in a new way.

This decision has some veterans service organizations worried. AMVETS, one of the nation’s largest VSOs, wrote to the president earlier this week and asked that he reconsider his appointment.

“Real, reasonable reform is underway within the VA, and veterans are depending with their lives on that momentum to carry improvements forward,” AMVETS National Commander Marion Polk wrote in a letter to Trump. “While Mr. Wilkie may be a very bright person and leader, he does not know the VA or its problems. He’s at square one, as any outsider would be. And while there’s no doubt he would grow into the position over time, veterans don’t have that time. Veterans can’t wait. Deputy Secretary Bowman, on the other hand, clearly has the knowledge and experience veterans deserve from an acting secretary.”

In his video message, Wilkie made no mention of recent events that have put VA back in the spotlight. Instead, he described his background and history of service.

Wilkie was an officer in both the Air Force and the Navy. Both his father and his grandfather have long histories in the military.

“Being with you today is the culmination of a lifetime of watching those who have born the battle,” he said. 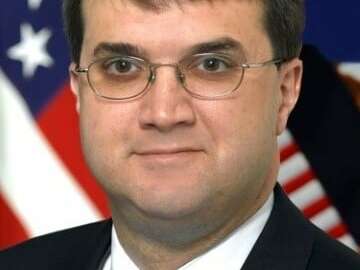 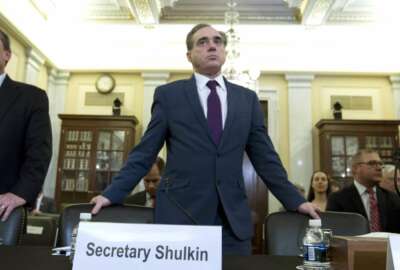