The Trump administration once again is facing legal questions over a presidentially-appointed acting leader.

At issue, is the president’s decision to name Wilkie, who had been Senate confirmed to serve as the Defense Department’s undersecretary for personnel and readiness, as VA’s interim leader after removing David Shulkin as the department’s secretary.

The Trump administration once again is facing legal questions over a presidentially-appointed acting leader.

At issue, is the president’s decision to name Wilkie, who had been Senate confirmed to serve as the Defense Department’s undersecretary for personnel and readiness, as VA’s interim leader after removing David Shulkin as the department’s secretary.

The lawsuit once again revives a series of so far unanswered questions about the Vacancy Act, which Congress last updated in 1998.

The Vacancy Act essentially lets the president appoint a person to serve in an acting capacity if the previous appointee “dies, resigns or is otherwise unable to perform the functions and duties of the office.”

Trump announced his decision last month to remove Shulkin via tweet. Shulkin insists he was fired, but the White House has since said the former secretary resigned from his post.

The distinction between the two is key, because the language in the Federal Vacancies Reform Act  is ambiguous. Legal experts have said it’s unclear whether the act lets the president install his own acting pick to replace a political appointee recently fired from the job — or whether the departing official must explicitly resign.

Yet Democracy Forward, at least, believes the intention is clear.

“By disregarding statutory provisions addressing when an individual may be designated to act as an officer in a Senate-confirmed position, the president has also avoided all congressional checks on his power to fill such positions, and in so doing has violated the appointments clause of the Constitution,” the lawsuit reads.

Veterans, therefore, who receive services from the department shouldn’t be subject to actions and decisions that Wilkie makes, nor should they be victims of the uncertainty that comes from having an acting leader from outside the VA organization, the lawsuit said.

Democracy Forward filed a lawsuit against the department in the U.S. District Court for the District of Columbia.

Specifically, Democracy Forward wants the court to overturn the president’s decision to name Wilkie as VA acting secretary and instead install Bowman as the department’s interim leader.

“The laws governing how political vacancies are filled and the limits on when a president can bypass Congress to unilaterally hand-pick an appointee are fundamental to how our government works,” said Anne Harkavy, Democracy Forward’s executive director, in a statement. “In this case, the laws ensure the interests of America’s veterans are represented.”

Both Democracy Forward and Vote Veterans are particularly concerned by any actions Wilkie might make about the future of the Veterans Choice Program and the direction it may go. The VA Choice Program faces a funding shortfall with a June deadline, and Wilkie has encouraged Congress to find a long term, legislative solution.

Veterans service organizations have for months expressed concern about those legislative proposals and fear the administration may push more funding into private health providers instead of VA services.

The VA lawsuit is yet another case where the Vacancy Act’s ambiguous language is calling the legitimacy of the president’s acting appointees into question.

English, who former CFPB Director Richard Cordray quickly named as his deputy director before resigning from the agency in November, says she is the rightful leader of the agency because the Vacancies Act serves as the default authority to allow the president to temporarily name acting agency officials.

In addition, former acting Office of Personnel Management Director Beth Cobert had her actions as the agency’s leader called into question in 2016, when the OPM inspector general reminded the agency of a 2015 court decision, SW General, Inc. v. National Labor Relations Board (NLRB).

The Justice Department sought additional review from the court but the D.C. Circuit denied the petition. The Supreme Court weighed in last summer and upheld the circuit court’s ruling. 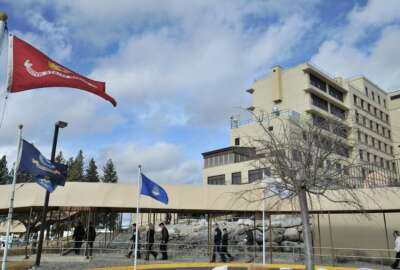