Now 100 days into the job, VBA Undersecretary Paul Lawrence said his agency is intent on helping veterans achieve the “American Dream.” The former Army captain and consultant to agencies such as the Education, Housing and Urban Development departments, and the U.S. Postal Service is the only political appointee at the agency, a fact which he said comes with pros and cons.

“I think the wisdom of Congress when they set up the department was it would be nonpartisan,” he said on Federal Drive with Tom Temin. “Mr. [Robert] Wilkie, our new [VA] secretary, feels strongly about this. He talks about two agencies that should be nonpartisan: Department of Defense and Veterans Affairs.”

Lawrence said VBA has experienced some turnover and that within about a month on the job he conducted a realignment of the main headquarters. His reasoning was to set an example for other offices which he hoped to reorganize, and to streamline.

“And by doing this realignment I freed up resources to make them available back to the business lines, serving veterans,” he said. “And we also created a new office called Office of Transition and Economic Development, which would better help and be focused on veterans transitioning back into the workforce.”

The new division combines transition assistance as well as some vocation and rehabilitation programs.

Lawrence is also leading VBA as it works to fully comply with the Harry W. Colmery Veterans Educational Assistance Act, also known as the Forever GI Bill. The law says GI benefits will last indefinitely for those who served after Jan. 1, 2013, and while a bulk of its provisions took effect Aug. 1 the rest must be complied with by August 2019.

“One of the biggest things that we’ve been challenged with is getting the IT systems correct,” he said. “But we’ve had plans to overcome that by manually working through it.”

The agency is trying to modernize its appeals process through streamlining less complex claims. Since 2016, Lawrence said, VBA has been working on the problem and last year the Veterans Appeals Improvement and Modernization Act was passed. It formally goes into effect in 2019 and creates two “lanes” for appeals, he said. The idea is to send to a judge only those cases which truly require it, rather than sending all.

“We’ve done some initial testing of it through a program called RAMP (Rapid Appeals Modernization Program) where we’ve cut it down for people who opt into this to approximately 80 days that once would have taken three to five years,” Lawrence said. “So we’re very optimistic about what’s going to happen come February.”

Some of those claims may be due to illnesses tied to exposure to Agent Orange during the Vietnam War. A bill passed in the House in June is now with the Senate Committee on Veterans affairs to expand benefits eligibility to the “blue water Navy” that were 12 miles off-shore of the toxin’s spray zone, and as such were not presumed covered in prior legislation.

Lawrence said that despite support from veterans and veterans organizations for the bill, VA has pushed back until it can conduct what it says is a more comprehensive scientific analysis of the toxin’s effects at that range. This was something the Institute of Medicine was unable to conclusively determine.

“It is just not clear, as well as the fact that the way the bill goes about paying for these benefits we don’t think is well thought through,” he said. “It levies a fee on other veterans’ benefits, the home loan benefits, and we think that’s not the correct way to do it. So we’re not unsympathetic; we care a lot about science.”

Lawrence said VBA is likewise trying to determine the health effects of exposure to burn pits in the War in Afghanistan. In the meantime, the agency created a registry for vets who believe they may have illnesses tied to the pits, and so far, between 8,000 and 10,000 veterans have filed such claims. About 2,000 of them have been granted, Lawrence said.

“Anybody can file a claim, it’s just understanding the broad science perhaps a presumptive,” he said. 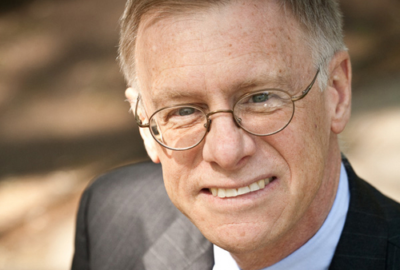