The Environmental Protection Agency ethics office is reminding its employees: they should be careful about what they say or post and how they express their views.

“Many EPA employees have inquired about the possible ethical implications of sharing your personal opinions on science, policy or politics, particularly in social media,” the EPA Office of General Counsel wrote in an email to employees. “You as a United States citizen are free to express yourself about matters...

The Environmental Protection Agency ethics office is reminding its employees: they should be careful about what they say or post and how they express their views.

“Many EPA employees have inquired about the possible ethical implications of sharing your personal opinions on science, policy or politics, particularly in social media,” the EPA Office of General Counsel wrote in an email to employees. “You as a United States citizen are free to express yourself about matters that are important to you, including ones that relate to EPA.”

But as EPA ethics officers remind employees, they have a few things to remember if they want to express themselves in the workplace or on social media.

First, ethics rules continue to apply to all employees.

“The ethics rules have not changed because we have a new administration,” ethics officials wrote. “We, as EPA employees, are still bound by the Hatch Act and the Standards of Ethical Conduct for Employees of the Executive Branch and the conflict of interest statutes. The ethics rules do not change depending on the type of the forum.”

Second, government ethics rules depend on whether the person is acting in his or her official capacity as an EPA employee or in the person’s individual capacity.

Employees should be clear about the capacity they’re writing, blogging, tweeting or speaking in, the EPA Office of General Counsel said.

“There is no in-between, no ‘professional’ capacity category,” EPA said. “It’s either official duty or individual personal capacity.”

Employees acting in their “official capacity” — as long as their actions and speech are consistent with the agency’s mission and their specific duties — can use EPA time, resources, equipment and property, including their EPA email address and phone number.

But employees acting in their “individual personal capacity” should not. They should specify that they’re expressing a personal opinion and that they aren’t speaking on behalf of EPA.

The bottom line: employees should keep their official speech and actions separate from their personal speech, EPA ethics officials said.

“We liken it to staying in your designated lane when driving: you can be in one lane of the highway or the other, and you can also switch lanes, but don’t straddle the dotted line or weave back and forth,” EPA said. “The safest drivers stay in the middle of their designated lane and signal appropriately when they are changing lanes. It’s the same with ethics. The ethical employee knows and makes clear to others when she is acting in her official capacity versus her personal capacity.”

Third, employees should not use “abusive or offensive” behavior or speech to express themselves, in accordance with EPA rules.

EPA also reminded its employees about their rights under the Hatch Act. Specifically, federal employees cannot express political opinions or attend political events if they’re acting in their capacities as EPA employees.

These ethics rules generally apply to all federal employees, not just EPA workers. But the message is particularly significant given the recent spotlight that’s been on the agency.

Some agencies had been issued communications directives or orders to temporarily stop issuing new regulations or new grants and contracts until the new administration had a chance to review them.

The EPA, along with the Agriculture Department and Interior Department, had reportedly received these communications orders. The Associated Press reported last week that the media blackout and freeze on contract and grant approvals has since been lifted.

Nearly 450 former EPA officials recently wrote to the Senate, urging lawmakers not to confirm Scott Pruitt to be the agency’s new leader.

Along with this reminder from EPA about ethics, federal employees also should keep in mind their whistleblower rights.

Congress passed and President Barack Obama signed into law the Whistleblower Protection Enhancement Act of 2012 (WPEA), expanding employees’ rights by clarifying when a disclosure is protected under law. 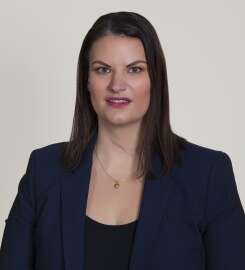 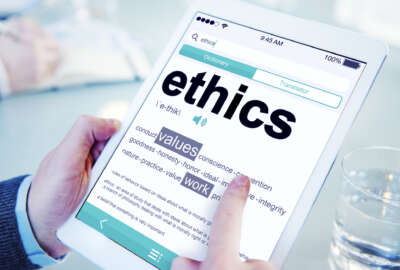