A new tool, known as REFDOC, that automatically converts veterans’ paper medical records into PDF format and uploads the information directly to a community care provider’s IT system.

An app that helps veterans better prepare for colonoscopy treatment.

These ideas all have one thing in common: They’ve all originated from VA doctors, nurses and administrative assistants, who saw a problem within their medical centers and developed an idea to fix it.

And one year into a pilot with the VA Innovators Network, the department has made investments in 38 projects from rank-and-file VA employees.

“Everybody knows that we have been struggling coming out of our own crisis issues in VHA,” VA Undersecretary for Health David Shulkin said during an Aug. 15 Innovation Demo Day in Washington. “For us, innovation is not just important to do. It’s actually essential. There is no way that we will continue to survive as an organization, in health care in particular, if we don’t innovate and embrace innovation.”

For VA leadership, the goal is to empower employees to share their ideas about ways to improve a tool or process for veterans or their fellow colleagues — and implement and spread those ideas throughout the Veterans Health Administration.

“Our innovations, our best practices originated from people who see veterans every single day —people who have a relationship with their patients, people who understand what veterans need,” said Shereef Elnahal, a White House fellow appointed to the VA Office of the Undersecretary for Health. “That is what we’ve decided is the major source where we’re getting our best practices from.”

“Innovation specialists” take charge of the program at each of the eight participating medical centers and teach training seminars on human-centered design and entrepreneurship to VA employees. They’ve also held “hackathons,” where veterans and their families pitch problems to teams of VA innovators.

A plea for more funding was a common conclusion to many of the teams’ presentations before the panel of senior VA leaders and veterans community experts. The VA won’t be able to give every single project full funding.

The VA Diffusion of Excellence, another subset of the VA Innovation Network, has a formal governance process that VA uses to decide which projects it plans to fund, implement and replicate, Elnahal said.

For Tom Allin, chief veterans experience officer at the VA, the ideas that he saw from the innovators have real potential to make a difference for the department, but more importantly for veterans.

“There’s actually now a market for the ideas, that they’ll actually get implemented and used,” he told Federal News Radio. “In many cases you see some of these things and there’s a lot of great ideas. The intent here is, let’s actually pilot these. Let’s actually get them in place. One of the things in VA that I’ve seen is that we have some extraordinary things happening across the country. We don’t always do well at capturing those ideas and getting them to other facilities.”

But Elnahal said many VA employees opt to get the ball rolling on many of these projects on their own without going through the governance process.

Senior VA leaders are also encouraged to find ways to use and act on the ideas that come from these pilots, Elnahal said. They’re now measured in their performance evaluations by how well they’re implementing the best practices and tools that come from the VA Innovators Network.

Judy McConnachie, the Portland VA innovator who helped develop the medical record conversion tool known as REFDOC, encouraged senior leadership to act quickly on these  projects and help shed light on the employees who don’t get a chance to make their ideas heard.

“There are many, many more tools that have been developed in silos of excellence across the agency that don’t get spread,” she said. “That’s because we don’t have a pathway. We don’t have resources dedicated to do this. But we believe … that’s it all about time. And the time is now.” 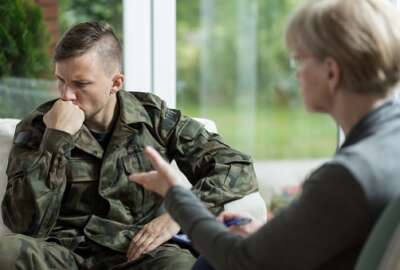 VA to vets: Tell us what works for you

VA’s McDonald: 2016 can be a turning point for department