While federal employees were largely spared from the worst of the proposed cuts to their retirement benefits in 2017, the National Treasury Employees Union fears 2018 will look a lot like the previous year.

According to a survey of 730 NTEU members, 82 percent said their biggest personal fear is a cut to their pay and benefits.

“My major concern is around pay and benefits,” NTEU National President Tony...

While federal employees were largely spared from the worst of the proposed cuts to their retirement benefits in 2017, the National Treasury Employees Union fears 2018 will look a lot like the previous year.

According to a survey of 730 NTEU members, 82 percent said their biggest personal fear is a cut to their pay and benefits.

“My major concern is around pay and benefits,” NTEU National President Tony Reardon told reporters Wednesday at the union’s annual legislative session in Washington. “Where [federal employees] are faced with more pay freezes and cuts to their retirement benefits and potential increases to their health care, what do any Americans do? They look for different jobs. … All those things add up, to me, to a federal service that one day will no longer be the marvel of the world.”

NTEU said it fears the president’s upcoming fiscal 2019 budget proposal, due next Monday, will contain many of those similar proposals.

Jill Crissman, NTEU’s legislative director, said the union will also keep an eye out for possible cuts to federal employee benefits as an offset to higher spending limits. During the last two budget deals, Congress in turn set higher federal employee pension contribution rates as a way to offset increases in defense and civilian spending.

“There’s been some discussion that it will not be fully offset,” Crissman said of the spending caps. “Certainly we’ve seen more of a move in all kinds of spending in that area.”

NTEU said it will also focus its attention on improving workplace fairness and protecting agency missions in 2018.

NTEU solicited feedback and suggestions from its members on ways agencies could do their work more efficiently. The organization sent those suggestions to agency managers, but Reardon said few — other than the IRS and Customs and Border Protection — responded or acknowledged the feedback.

“Other than that, I don’t recall that we talked to any others,” Reardon said. “That’s a little bit troubling, because as I said to folks, it’s the front-line employees [who] understand how the work gets done. They’re the ones that do the work. They’re the ones who are typically interacting with the public.”

Meanwhile, 74 percent of NTEU members noted that insufficient funding is the biggest challenge facing their agencies in the coming year.

Lack of funding is contributing to employees’ perceptions of their workplace, Reardon said.

Nearly 82 percent of NTEU members said morale at their agencies was poor, worse than ever or declining, while 15 percent said they saw no noticeable change in morale over the past year.

The results of NTEU’s most recent survey are in line with 2017’s poll, which found that 81 percent of the union’s members said morale at their agencies was declining or getting worse.

“[Energy Department] employees are tired of being a punching bag,” a sustainable coordinator at the agency said in response to the NTEU survey. “Treat us like the white collar professionals we are, addressing and solving national and energy security issues vital for our economy, our country and the planet.”

“I don’t believe the findings could fairly suggest that employees are ecstatic about their workplace,” he said.

NTEU, which is celebrating its 80th birthday this year, is also pushing new legislation that would officially revive the labor-management forums that President Donald Trump disbanded last September.

The legislation would recreate many of the provisions under former President Barack Obama’s executive order, which established a federal labor-management relations council and encouraged agency management to work more closely with labor unions.

Reardon, however, said he hadn’t seen any noticeable impacts of the president’s decision to disband federal labor-management forums and partnerships and described his meetings with new agency heads over the past year as “business as usual.”

Some agencies have decided to cancel labor-management forums, while other agencies have those forums written into collective bargaining unit contracts for their employees, he added.

“You don’t have to call it a labor-management forum. I don’t care what you call it, but there needs to be an opportunity for management to hear from front-line employees,” Reardon said. “I have not seen a lot of differences in that regard. We’ve continued to have a lot of discussions with agencies.” 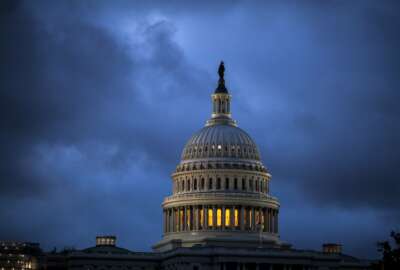 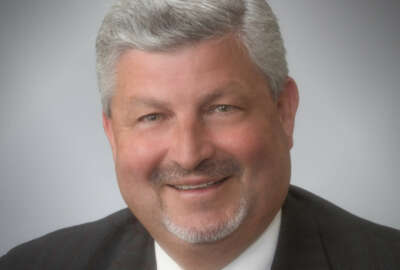