The Senior Executives Association is no different, but it did alter its approach. It gathered some SEA members, along with representatives...

The Senior Executives Association is no different, but it did alter its approach. It gathered some SEA members, along with representatives from a wide swath of good government groups and think-tanks across the ideological spectrum, to develop a series of ideas and starting points for the next iteration of civil service modernization.

The Heritage Society, National Academy of Public Administration, Partnership for Public Service and National Active and Retired Federal Employees (NARFE) Association were among the groups involved.

The result is SEA’s “10 Considerations for Civil Service Modernization.” It’s one of several reports SEA is expected to release later this week as it recognizes 131 senior executives and senior professionals with the Presidential Rank Awards at a leadership summit on Thursday in Washington.

“We saw ways in which, at least at a very general level, you can get basic agreement to modernize our civil service, modernize the agencies, make them more efficient, more productive, more accountable and more modern,” said Adam White, a research fellow with Stanford University’s Hoover Institution and a law professor with George Mason University’s Scalia Law School. “That’s a good start when you see what can be agreed upon across the usual ideological lines. It becomes a much better and productive starting point for the policy discussions and hopefully will continue on Capitol Hill and in the executive branch.”

The Hoover Institution hosted several conversations with SEA civil service committee members about the topic. There’s a broad consensus among most — but not all — about what the administration needs to do to modernize the federal civil service system for the 21st century, SEA’s committee said.

Still, the group that was the most frustrated with the current civil service system are the employees who deal with it on a daily basis, said Jeff Salmon, an SEA member who co-chaired the organization’s civil service modernization committee. Salmon served as a senior executive for the Defense and Energy Departments.

“There’s been a lot of good ideas and discussions over the years, but this is one of those areas where it seems so difficult to bring people from across party lines around a table to discuss these things,” White said. “And when we did bring them to the table to discuss these things … of course we saw some points of disagreement that simply won’t be bridged in this group and in this document.”

But the SEA committee did broadly agree there were opportunities to modernize in three broad categories: the federal workforce, administrative authorities and federal statute.

The 1978 civil service law set a solid foundation, the committee said. But agencies have layered more bureaucracy on top of the law’s original intent, and the SEA committee sees an opportunity for the administration to simplify years of complicated statute and procedures.

The hiring process is one area that’s an easy target for simplification and more attention, the committee said.

“One area particularly might be hiring term appointments as opposed to permanent positions, which fits a mobile workforce and allows for a much more efficient performance management system as well,” Salmon said.

“Reskilling the actual workforce that you have [is about] providing the skills that they need, but also, in some cases, that’s just not doable and you have to bring in new talent,” Salmon said. “You really have to make the system for hiring, promotion and performance management much simpler if you’re going to be successful in modernizing the civil service system.”

The committee acknowledged that if the Trump administration were to look at its report today in search of new ideas that would drastically change the state of the civil service system, it would find a lot of familiar ideas.

But for the SEA committee, those familiar ideas are exactly the point.

“For sustainable, long-term reform, the administration really does need to reach out for these issues with the spirit of open-mindedness and collaboration with all the other stakeholder groups,” White said. “If the administration proposes one-sided reforms that leave significant parts of the community left out in the cold, those are precisely the sorts of reforms that next administration of the opposite political bent would very swiftly uproot and throw out.” 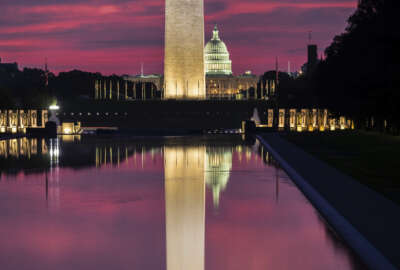 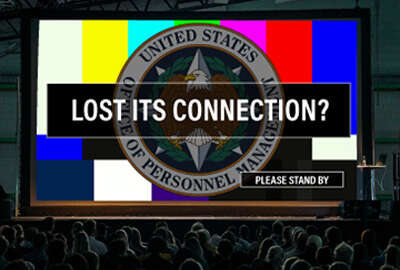 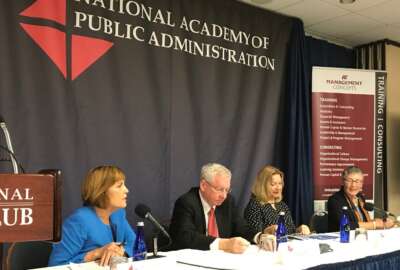