AP Q&A: Who cares about the Hatch Act?

WASHINGTON (AP) — It’s an arcane law that people in Washington alternately regard with love, hate or indifference.

The Hatch Act, which restricts partisan political activity by U.S. federal employees, symbolizes the way America differs from authoritarian governments whose civil servants must stay in lockstep with those in power.

The 80-year-old law has been getting a lot of attention lately as lawmakers and legal experts voice concern over the ways President Donald Trump mixes politics and official business, most recently with his decision to use the White House as the backdrop for his acceptance speech Thursday and other events during the Republican National Convention.

There also is concern about Secretary of State Mike Pompeo violating his own department policy by speaking at the convention — and doing it during a taxpayer-funded visit to Jerusalem, a place that’s of keen interest to evangelical Christian voters. Ethics experts also have criticized Trump and acting Homeland Security Secretary Chad Wolf for staging a citizen naturalization event at the White House during the convention.

“This is so obviously, blatantly, insultingly a Hatch Act violation that it’s starting to seem like the Trump administration is going out of its way to find new ways to violate the law,” said Citizens for Responsibility and Ethics in Washington, a private watchdog group that has filed complaints against at least a dozen Trump administration officials.

WHAT IS THE HATCH ACT?

There’s so much chatter about the Hatch Act that retired Sen. Orrin Hatch tweeted Wednesday, “Friends, I am not in charge of the Hatch Act please stop calling.”

The act prohibits: running for office in partisan elections, sending or forwarding a partisan political email while on duty or in a federal workplace, engaging in political activity while wearing an official uniform or while using a government vehicle, using official authority to interfere with or influence an election, soliciting or receiving political contributions, wearing or displaying partisan political buttons, T-shirts or signs.

It applies to all civilian employees in the executive branch of the federal government, except the president and the vice president. There are some other exceptions. Certain executive officials, such as presidential advisers or Cabinet officers, can engage in political activities during official working time as long as federal funds are not used. Any such official must reimburse the U.S. Treasury for federal resources used in campaign activities.

Career government officials found to have violated the Hatch Act can be fired, suspended or demoted, and fined up to $1,000, though few penalties are ever levied against federal employees.

SHOULD THE AMERICAN PEOPLE CARE ABOUT THE HATCH ACT?

White House chief of staff Mark Meadows dismissed the law Wednesday, telling Politico, “Nobody outside of the Beltway really cares.”

The Office of Special Counsel, an independent government watchdog that monitors violations, has cited the president’s top advisers on multiple occasions for violating the act. In 2018, the watchdog found six White House officials in violation for tweeting or retweeting the president’s 2016 campaign slogan “Make America Great Again” from their official Twitter accounts.

Last year, the office sent a letter to the president saying Kellyanne Conway, counselor to the president, had violated the act during official media appearances by making statements aimed at helping reelect Trump. Special counsel Henry J. Kerner, a Trump appointee, recommended firing Conway, saying her actions, “if left unpunished, send a message to all federal employees that they need not abide by the Hatch Act’s restrictions.”

Conway said some of her remarks had been taken out of context.

“Blah, blah, blah. … If you’re trying to silence me through the Hatch Act, it’s not going to work,” she said in May 2019. “Let me know when the jail sentence starts.”

Trump has said giving his acceptance speech at the White House is well within the law because the Hatch Act doesn’t pertain to the president. The Office of Special Counsel said in a statement released Wednesday that there are certain areas of the White House where the Hatch Act does not prohibit federal employees from engaging in political activity. “The South Lawn and Rose Garden are two such areas,” the statement said.

“He is right that the Hatch Act does not apply to the president and vice president, but that misses the point,” Erwin Chemerinsky, dean of the University of California Berkeley School of Law, wrote in an op-ed published Tuesday in the Los Angeles Times.

“Inevitably, White House staffers will have to be involved in the logistics for setting up and delivering the speech. … Federal employees are flatly barred from participating in political activities. And pressuring them to do so is a criminal violation under the law.”

Chemerinsky, however, suspects any Trump administration violations will likely produce “little more than a shrug.”

WHY DOES AMERICA HAVE A HATCH ACT?

The law aims to curb the influence of partisan politics in the operation of government agencies regardless of which party is in office. In non-democratic countries, government workers are often required to toe the party line of officeholders.

“What you see now is President Trump behaving more and more like an authoritarian leader, not a democratically elected leader. I mean, who would have imagined a few years ago that a president would use the White House as a staging ground for a political convention?” Rep. Joaquin Castro, (D-Texas), told The Associated Press on Wednesday.

As chairman of the oversight subcommittee of the House Foreign Affairs Committee, Castro has told the State Department he is opening an investigation into whether the Pompeo speech broke the law.

“This is the kind of stuff that we see from dictators in other countries around the world. And Congress has got to push back. We have to be able to push back,” Castro said. 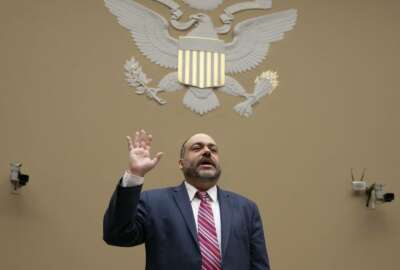 The Hatch Act, a modern classic 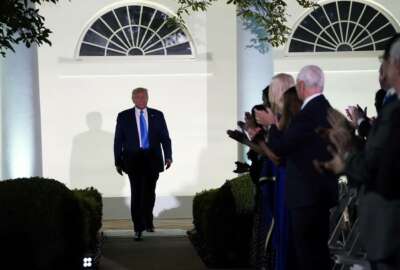 Official word: The Hatch Act does not apply to Trump and Pence