A winter storm is affecting federal employee work schedules in the nation’s capital for the second consecutive day. Although agency offices in the D.C. area won’t close entirely on Tuesday, they’ll operate under a three-hour delayed opening.

The Office of Personnel Management announced the decision shortly before 10 p.m. on Monday. The delay’s impact on actual agency operating hours will vary, depending on the worksite. But in general, non-emergency employees who’d normally be expected to report in-person will be allowed three extra hours to arrive at work.

As with Monday’s complete closure in the National Capital Region, emergency employees are still expected to show up on time, and feds who were already scheduled to telework still must begin their workdays when they were supposed to.

The winter storm that began late Sunday night set new daily records for snowfall at all three of the region’s major airports. Washington’s Reagan airport, for instance, saw seven inches of snow by 7 p.m. Monday. But some outlying areas in Maryland and Virginia saw larger accumulations of a foot or more, according to a tally maintained by Federal News Network’s sister station, WTOP.

Hundreds of thousands of residents also lost power during the storm, including 380,000 in northern Virginia.

Although snowfall had ended by Monday evening, the concern for Tuesday’s commute was icy conditions on the region’s roadways and transit systems. Although daytime temperatures rose well above the freezing point on Monday, the National Weather Service warned that cold temperatures overnight would refreeze snowmelt from Monday’s storm, especially on untreated surfaces. 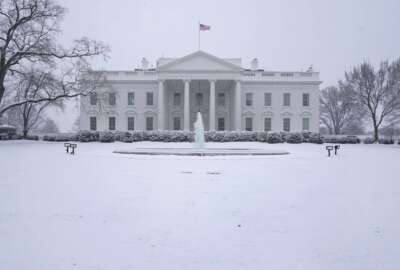 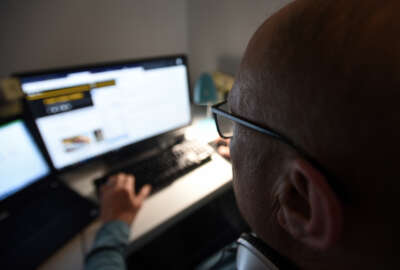