The executive order launches an interagency task force on reproductive health access led by the Department of Health and Human Services and the White House Gender Policy Council.

“The executive order strengthens coordination at a federal level,” Biden said Friday, adding that the task...

The executive order launches an interagency task force on reproductive health access led by the Department of Health and Human Services and the White House Gender Policy Council.

“The executive order strengthens coordination at a federal level,” Biden said Friday, adding that the task force will use every “federal tool available to protect the access to reproductive health care.”

The Justice Department, under the executive order, will provide technical assistance to states providing legal protection to out-of-state patients as well as providers who offer legal reproductive health care.

“I’m asking the Justice Department, much like they did in the Civil Rights era, to do everything in their power to protect these women seeking to invoke their rights. In states where clinics are still open, to protect them from intimidation, to protect the right of women to travel from a state that prohibits seeking medical attention that she needs, to a state to provide that care. To protect the women’s right to FDA-approved medication that’s been available for over 20 years,” Biden said.

The administration, however, has greater latitude to ensure the federal workforce continues to have access to abortion services.

The administration in a fact sheet highlighted that the Office of Personnel Management recently issued guidance affirming that federal employees can take paid sick leave for travel to obtain reproductive health care.

The guidance notes that “an employee may find it necessary to travel longer distances, including out of state, to obtain medical care.”

“In such instances, sick leave may be used to cover necessary travel time,” the OPM guidance states.

The Defense Department also issued a memo to service members, DoD civilians and military families clarifying that the department will continue to provide reproductive health care for military and civilian patients, as permitted under federal law.

Military providers will continue to fulfill their duty to care for service members, military dependents and civilian personnel who require pregnancy termination in the cases of rape, incest, or to protect the life of the mother.

However, Sen. Marco Rubio (R-Fla.) is demanding that the federal government not provide sick leave to federal employees who travel to get abortions, saying it would violate the Hyde Amendment, which bars federal funds from being used to pay for abortions under most circumstances.

“It is obvious given the timing of the announcement that the purpose of the OPM guidance is to facilitate federal employees traveling out-of-state to obtain an abortion,” Rubio said.

Rubio sent a letter to OPM Director Kiran Ahuja, noting that the agency’s guidance makes no specific mention of reproductive services, abortion or “any other abortion-related language,” but said the intention of the memo is clear, and seeks to clarify that the federal government will not provide sick leave for travel related to abortion services.

“One is left to believe these phrases were intentionally omitted in this guidance by lawyers in the executive branch to circumvent congressionally-mandated Hyde protections, which bars federal funds from being used to pay for most abortions,” Rubio said.

Rubio said OPM’s guidance indicates the administration is willing to violate longstanding federal law prohibiting the use of taxpayer monies to fund abortions or abortion services.

The administration, however, has yet to take mobilize federal agencies and resources in ways suggested by Democratic colleagues.

Jen Klein, the director of the White House Gender Policy Council, told reporters on Friday that the administration explored the possibility of declaring a public health emergency, but determined there would be little benefit.

“When we looked at the public health emergency, we learned a couple of things. One is that it doesn’t free very many resources. It’s what’s in the public health emergency fund, and there’s very little money — tens of thousands of dollars — in it, so that didn’t seem like a great option. It also doesn’t release a significant amount of legal authority and so that’s why we haven’t taken that action yet,” Klein said.

“It’s not a question of legal authority. He has the authority to do that at any time. The question is what authority does he gain by declaring a public health emergency,” she added.

“While this is an idea that comes from a good place, it is definitely a difficult thing to protect the provider or to protect any woman who is on federal land, once they leave. It puts them in a legal kind of a bind, so it is something that we have to think about when we have those discussions. But again, everything is on the table,” Karine Jean-Pierre said.

Jean-Pierre also said on June 28 that the proposal would have “dangerous ramifications” and potentially put women and providers who are not federal employees at risk. 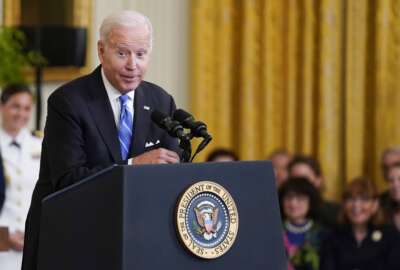 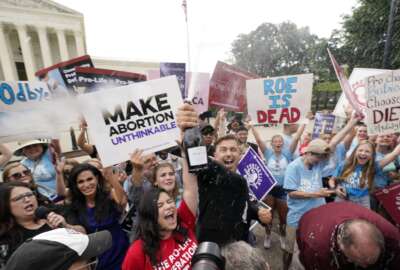