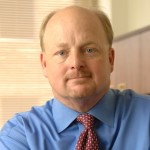 Federal contractors know to wind up their summer vacations early so they can get ready for September. That’s the month starting the fourth quarter of the fiscal year, when by some estimates, the government spends 17 percent of its contracting dollars.

But it can lead to hit or miss situations for contractors trying to get the most out of the fiscal fourth. Where does that leave most this time of year? It depends on how active they’ve been in the market leading up to September.

“Its not too late to get in on that bonanza, so long as you are a company that has some prospects in the pipeline.” said Larry Allen, president of Allen Federal Business Partners in a Federal Drive interview with Tom Temin, “If you’re just coming into the market and deciding now that you’re gonna be a government contractor for the month of September, that’s gonna be a pretty steep hill to climb indeed.”

Allen said that, while having irons in the fire are important, its crucial  to focus on things contractors can bring home with the agencies they have the best relationships with.

Federal buyers are creatures of habit.  Allen said they gravitate towards multiple award contracts are a primary purchasing vehicle when the days grow short towards the end of the fiscal year.

Another popular way that agencies buy during the 4th quarter is through small businesses. Agencies have to make due with the workforce they have, and small businesses become major movers to get task orders out of the way.

“There’s just so much going on that its like there’s certain extra people in contracting that the government can suddenly call up off the bench,” Allen said.

He also says these buying habits benefit both contractors and the government.

Allen said this comes at the heels of of a trend where agencies are looking to buy more than just another replacement copier in the fiscal fourth.

“”Traditionally… end of year buys, particularly those last two weeks in September are very product latent, and there’s certainly are a lot of products that are bought then,” Allen said. “However, its no longer true that its just products. Government agencies contract for professional services right up to the last day of the fiscal year and that keeps companies, no matter what they’re offering, busy.”

While setting up business deals could be the make-it-or-break-it for contractors in the fourth quarter, Allen warns of the potential of conflict of interest contests as money pitfalls.

According to Allen, conflict of interest that’s ebbed and flowed over the years, but is suddenly back on the front lines after a recent contest made by Northrop Grumman against Raytheon for a DHS award they received.

“Northrops’ case argued that Raytheon had an unfair advantage because it had a DHS former official for it and that created a conflict of interest,” he said. “Regardless of whether Raytheon had an unfair advantage, their paying thousands of dollars in legal fees just to protect their interests… Whether its an organizational conflict of interest or a more basic conflict of interest issue, contractors have to be aware of what they can do that can get themselves into trouble. You don’t want current business to preclude you from conducting future business and that can certainly happen if you’re not careful.”

Allen calls it a cautionary tale—not against hiring former feds and competitors since its such a wide-held practice— but about making sure these people are sticking to rules about what they’re allowed to do when it comes to information and interaction with agencies.

“My point,” he said, ” is to make sure that companies plan so that the last laugh isn’t on them.”