The Fair Pay and Safe Workplaces rule suffered a setback the day before it was supposed to go into effect, as the Eastern District of Texas placed a preliminary injunction on it. This delays it from being enforced until the lawsuit challenging it has played out in court.

The Labor Department commented on Oct. 25, the day after the injunction was granted.

The Fair Pay and Safe Workplaces rule suffered a setback the day before it was supposed to go into effect, as the Eastern District of Texas placed a preliminary injunction on it. This delays it from being enforced until the lawsuit challenging it has played out in court.

The Labor Department commented on Oct. 25, the day after the injunction was granted.

“The Fair Pay and Safe Workplaces final rule and guidance promote contracting efficiency by ensuring compliance with basic labor standards during the performance of federal contracts, level the playing field so that contractors who comply with the law don’t have to compete against those that don’t, and promote responsible stewardship of taxpayer dollars,” it said. “These actions are supported by extensive outreach and feedback from the contracting community and many others to ensure that they achieve these critical goals while minimizing burden on Federal contractors. We are confident that the rule and guidance are legally sound and the Department of Justice is considering options for next steps.”

Associated Builders and Contractors filed the lawsuit on Oct. 7, challenging it as a blacklisting rule.

“This rule will require contractors to report alleged violations that have not been fully adjudicated and are being contested, which violates their First Amendment and due process rights and is likely to harm fair and open competition in the federal marketplace,” said Ben Brubeck, ABC vice president of regulatory, labor & state affairs, in a press release. “The rule creates additional costs and regulatory burdens that will discourage qualified firms, particularly small businesses, from pursuing federal contracts, and will drive up costs to taxpayers. In addition, it will cause litigation and delays that will disrupt the federal procurement process for critical goods and services purchased by the government.”

ABC had to convince the court that the rule meets four qualifications to earn the injunction:

However, Eric Crusius, a government contracting lawyer with Miles & Stockbridge, said it was surprising how closely the court’s decision mirrored the ABC’s complaints.

“The court’s decision is surprising in its breadth, finding multiple reasons that the Fair Pay and Safe Workplaces rule and guidance is improper,” Crusius said in an email. “The court adopts nearly all of the plaintiff’s proposed findings of fact and conclusions of law — word for word.”

The court judged that the case was likely to succeed because it exceeds the authority of the executive branch, including presidential executive orders, the Federal Acquisition Regulatory Council, and the Labor Department. In addition, the court said it conflicts with measures passed by Congress.

“The Executive Order, FAR Rule, and DoL guidance explicitly conflict with those labor laws that already specify debarment procedures, after full hearings and final adjudications, for contractors who violate the requirements specifically directed at government contracting. … It defies reason that Congress gave explicit instructions to suspend or debar government contractors who violate these government-specific labor laws only after a full hearing and final decision, but intended to leave the door open to government agencies to disqualify contractors from individual contract awards without any of these procedural protections,” the decision said.

However, Crusius noted that the Federal Property and Administrative Services Act “usually gives the President a wide berth when issuing regulations with respect to procurement policy.  Fair Pay and Safe Workplaces may be beyond the scope of the Procurement Act, but it would have been good to see a deeper analysis since this will almost certainly be appealed.”

But this is really the crux of ABC’s argument: that contractors would be forced to disclose and be judged based on notices and alleged violations that have not been reviewed or judged by the relevant authorities, but basically amount only to unsubstantiated complaints.

“The FAR Rule likely violates the due process rights of plaintiffs’ government contractor members by compelling them to report and defend against non-final agency allegations of labor law violations without being entitled to a hearing at which to contest such allegations,” the court said.

The court’s decision said that the General Counsel of the National Labor Relations Board issues around 1,200 notices per year, DoL’s wage and hour division around 10,000 per year, and the Equal Employment Opportunity Commission about 3,000 per year. Most are dismissed after review, it said.

ABC also said that in addition to being judged on these complaints that are likely to be dismissed, the requirements to collect and submit them would be an onerous burden, because contractors would have to submit this information every time they applied for a contract worth $500,000 or more, and then every six months while working on contracts. The court and Crusius agreed with that assessment.

“The Court pointed out, correctly, that the structure set forth in the regulatory scheme could bog down the procurement process,” Crusius said. “In addition, contractors would face significant burdens in implementing the compliance scheme necessary to comply with Fair Pay and Safe Workplaces.”

Finally, ABC alleged — and the court upheld — that being forced to disclose these unadjudicated was a violation of the contractors’ free speech because it was compelled.

“This conclusion was interesting because there are many other instances in government contracting where contractors have to disclose negative information about themselves during the procurement process,” Crusius said.

The Professional Services Council also opposes the rule, and lent its support to ABC.

“PSC welcomes the action by the Federal District Court in Texas to temporarily halt implementation of the Fair Pay and Safe Workplaces rules,” said David Berteau, president and CEO of the Professional Services Council, in a press release. “The Court’s emergency order validates the concerns PSC has been expressing since the Executive Order was issued in 2014 and the rules were proposed for comment in 2015.” 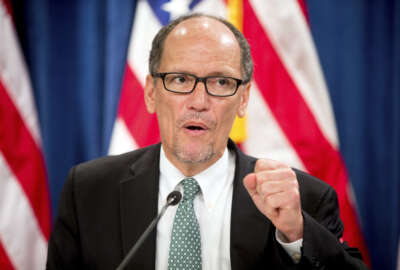