The General Services Administration is exploring how it can add more transparency to the procurement process, particularly with its $35 billion schedules program.

Since its inception, GSA’s schedules program has been hidden behind a wall where only vendors with a contract could see the solicitations and awards. The lack of transparency about what happens on those “members-only” contracts has frustrated good government groups, the media and vendors...

The General Services Administration is exploring how it can add more transparency to the procurement process, particularly with its $35 billion schedules program.

Since its inception, GSA’s schedules program has been hidden behind a wall where only vendors with a contract could see the solicitations and awards. The lack of transparency about what happens on those “members-only” contracts has frustrated good government groups, the media and vendors who aren’t on the contracts, but may want to join.

So GSA Administrator Emily Murphy, who was confirmed by the Senate about two months ago, has made transparency one of her four goals and is seeking not just an agency solution to this challenge, but one that would work governmentwide.

“It was one of the first conversations I had with the Office of Management and Budget. I’ve had conversations with the Office of Governmentwide Policy. I’ve had conversations with the Office of General Counsel and the Federal Acquisition Service. They are looking at all of it and are supposed to coming back to me with options on we can try and be more transparent,” Murphy said in an exclusive interview with Federal News Radio. “I think this needs to be addressed not just in the microcosm of the GSA schedules. If we are looking at task orders, we need to be looking across government and making sure we are not disadvantaging the schedules program versus other programs, and we are not putting our vendors or our customers at a competitive disadvantage. At the end of the day, it’s their data.”

At issue is that the general public is not able to view solicitations and the awards of the schedules program and every other multiple award contract. This is the opposite of what happens on the FedBizOpps.gov website, where every request for proposals or award is made public.

Over the years, GSA officials have said they are open to this idea of making GSA Advantage and E-Buy publicly accessible, but for a variety of reasons, lawyer concerns or push back by agency customers, nothing has changed.

Murphy, who many in industry call the most qualified GSA administrator in decades, might just be able to change the system as she brings a better grasp of the good, the bad and the ugly parts of the federal procurement system than most of the other administrators that came before her.

This is why transparency and more competition are among her top priorities as administrator.

“When [OMB Director] Mick [Mulvaney] swore me in as the administrator, he commented on the fact he tried to get me to go to the Office of Federal Procurement Policy and that was actually my plan. But then they convinced me to stay here instead and I’m thrilled with that decision. I’m loving to be back here,” Murphy said. “After six years on the Hill and doing oversight of GSA, it’s fun to have the opportunity to actually come back here and actually work on those problems.”

One of those problems she will focus on is how to ensure more competition happens at the task order level.

“One of the things we are tracking is one bids on our contracts,” she said. “Another area is Schedule 75 and how Office Supplies 2 and Office Supplies 3 and what that meant in terms of competition and savings. I was very happy to be here to be a part of reopening Schedule 75 to new entrants, and integrating Schedule 75 into the office supply and making that the OS4 vehicle.”

A third area that crosses both competition and transparency is bid protests. When Murphy worked for the House Armed Services Committee, she helped add a provision for the Defense Department to hire a third party to conduct a study on the impacts of bid protests on contracting.

Now known as the RAND study, the report found bid protests were not an excessive burden on DoD’s procurement system and extended or advanced debriefings would help reduce the number of protests.

“I don’t want us to be so afraid of protests that we don’t actually buy the right thing,” she said.

To that end, Murphy is working with the Office of Governmentwide Policy to record a training module to improve debriefings. It’s part of a new Center for Acquisition Professional Excellence with in GSA.

She said she also asked GSA’s General Counsel’s office to look at requirements for DoD to provide enhanced debriefings and determine whether GSA could use a similar approach.

While Murphy is known for her work on acquisition issues, GSA is a lot bigger than just FAS. She said she has been spending time learning more about the Public Building Service.

“I’m not unfamiliar with the public buildings side of the world. In my background as the chief acquisition officer here last time, public buildings fell within that role and we worked on things like national broker contract. In my time on the Hill, I got to work on things like design-build contracting reform, so I got to dive into those issues,” she said. “I really am appreciating this opportunity, though, to spend a lot of time with the Public Building Service and look more strategically at how PBS can do a better job for taxpayers.”

Murphy said she will work closely with PBS Commissioner Dan Matthews, who started in August, on ensuring the government signs longer-term leases, improving space utilization within agencies and the disposal of underutilized properties.

“I’ve been going around to other customer agencies so for the public building side you tend to have a lot more interest from people when the heat doesn’t work in your building or if they are unhappy with something, that’s when you will hear about it much more directly than perhaps you hear about a question about an acquisition strategy,” she said. “One of the things I’ve been talking to agency customers about is their space utilization and leases. There is about 100 million square feet of leased space that is set to expire in the next five years. One of the areas I’ve been asking our agency customers to partner with GSA on is to engage in some real strategic planning on how we will address those expiring leases and how can we use those to enter into longer term leases.”

GSA found the average lease it enters into is about six years, but the average tenancy is more than 20 years. Murphy said leases that are longer than 10 years means more value and benefits to agency customers.

The focus on serving the customer is another area Murphy wants to see GSA focus on as she understands that GSA has multiple partners in industry and across the government.

“I wanted to first make sure I’m talking to the GSA employees, because it’s important that we look internally, then to our customers and then to our vendors. I think I’ll have a better conversation with each of them if I address it in that manner,” she said. “I want our customer to understand if there is a problem, I want to hear about it quickly so we can fix it. If there is an opportunity, I want to work with them to make sure we maximize that opportunity. At the end of the day, GSA exists to make it easier for them to meet their missions and partner with them in an efficient and effective way. That will be the key to success in this administration.” 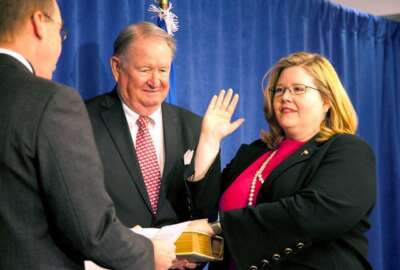 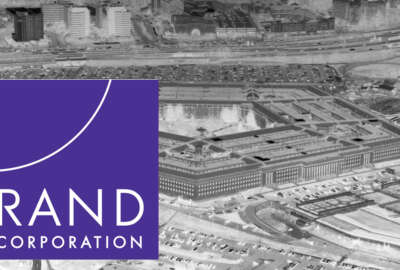 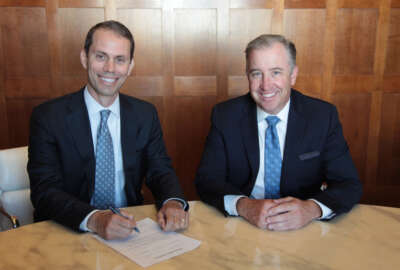