The General Services Administration unleashed what it’s calling several “killer apps” on its acquisition gateway, and officials want to know just how effective they are when it comes to eliminating wasted time and money.

An automated contract finder and cost calculator are just two of the tools GSA leadership touted as...

The General Services Administration unleashed what it’s calling several “killer apps” on its acquisition gateway, and officials want to know just how effective they are when it comes to eliminating wasted time and money.

An automated contract finder and cost calculator are just two of the tools GSA leadership touted as reasons why the government acquisition community should explore the online portal and provide feedback, said Laura Stanton, acting assistant commissioner for GSA’s Office of Strategy Management.

“Certainly, the type of thing that we’re hearing is this is really going to change people’s jobs, just how they’re able to research and the depth of knowledge they’re able to get,” Stanton said. “During the conversations that we’ve had, it’s clear that by moving the government to act as one, it’s not a matter of competition, it’s really bringing all of our requirements together in a way that makes sense. I would hope that people don’t see it as a competition. This isn’t GSA saying please use GSA, this is GSA saying look, we’re putting up this tool for the benefit of the government because this aligns with the strategic direction of acquisition across the government.”

Stanton recently told Federal News Radio that GSA is constantly tweaking and improving the gateway, such as the introduction of the “killer apps.” GSA also is depending on user feedback as a key component to tailoring the site to acquisition workers.

“It will be successful and more valuable the more that community uses it, the more they bring it in,” Stanton said. “I would urge everybody to come check it out and offer us your feedback on it. There’s more to come. We release on a two-week cycle. If you don’t see want you want, give us that feedback and let us know how to improve it.”

The team behind the gateway also is rolling out an automated tool to find all governmentwide contracts and best practices contracts, as well as work centers, Stanton said. These centers will let users create a project and compile information from both the gateway and outside resources and uploaded documents.

Stanton said other short-term goals include adding new decision support tools, as well as turning the statement-of-work (SOW) library into a “builder,” that agencies can find and use through the work centers.

“One of the things about this project is there’s high ambiguity,” Stanton said. “It’s not laid out about what are we going to be delivering in the next three-to-six months to the finite level of detail. What we can tell you is the user experience is going to continue to be one of our drivers.”

The platform currently has 17 hallways that range from motor vehicles to freight to IT to travel services. Tom Sharpe, commissioner of the Federal Acquisition Service at GSA, earlier this month told Federal News Radio that this one-stop shop is the keystone for the GSA’s Common Acquisition Platform. The platform dovetails with the Obama administration’s category management initiative.

Stanton said the current gateway is the result of about two years of customer interviews, in which GSA learned that at the top of the wish list for the acquisition community is having a place where “they could see everything that was available to buy in a particular area.”

“What they were really saying is please, just consolidate this information into a single place,” Stanton said. “Tell us what the best practices are, begin to work on what had been a separate prices paid gathering, to be able to put that in one place. And ultimately we created the vision for the acquisition gateway, which takes the concept of category management and the organization of let’s take government spend, break it out into categories and then give people guidance and best practices and solutions for each of those categories and organize the gateway along those lines.”

GSA officials aren’t just using feedback on how to improve the site, but also want to measure the “stickiness” of gateway tools and applications, Stanton said.

“Am I coming in, am I reading articles, am I commenting in this community, are we seeing value in that?” Stanton said. “If we see an area where we’re getting a lot of stickiness around particular material and a lot of people reading it, then we’ve obviously hit on a sweet spot. If we’re seeing an area where we’re seeing less of that, maybe we need to be doing either more outreach or we need to be looking at what we’re putting up there.”

Small businesses and industry should not feel left out, however, Stanton said. There are filters that let an acquisition person focus in on small businesses. And while the gateway is currently only available to the government acquisition community, Sharpe said in early August that the eBuy Open tool, which lets federal contracting officers search all open and closed requests for quotes (RFQs) that appeared on the site since 2014, is scheduled to be available to the public by the end of the year.

Stanton also said the gateway team is working with the GSA’s Office of General Counsel to determine what information should be publicly available and what should not,  such as prices paid.

“Category management is how government is looking at buying,” Stanton said. “We need industry to join us in order to be successful.”

Stanton said as more contracting officers and program managers use the hallways, she expects the site’s tools to grow and improve.

“To be able to get to that level of information sharing and level of collaboration between the government and industry is exactly where we want to be,” Stanton said. 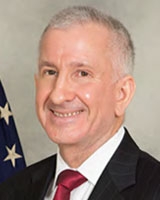 Tom Sharpe: 17 acquisition hallways are open for agencies to collaborate 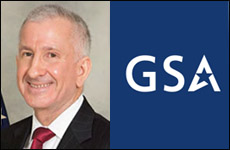