Industrial base concerns are plaguing the Defense Department, especially the National Security Agency,  as the organization is trying to shift its acquisition strategies for the future.

One of NSA’s top acquisition officials said the agency’s industrial base is struggling and is not seeing enough women-owned businesses.

“We are struggling to keep up. We have more people leaving right now in our industrial base to the commercial market and [NSA and its partners] have not opened...

Industrial base concerns are plaguing the Defense Department, especially the National Security Agency,  as the organization is trying to shift its acquisition strategies for the future.

One of NSA’s top acquisition officials said the agency’s industrial base is struggling and is not seeing enough women-owned businesses.

“We are struggling to keep up. We have more people leaving right now in our industrial base to the commercial market and [NSA and its partners] have not opened up enough of the entry positions or attracting the talent the way we have in years gone past,” said Jennifer Walsmith, senior acquisition officer for NSA during a March 9 National Defense Industrial Association event in Arlington, Virginia.

At the same time, Katrina McFarland, who wears dual hats as the secretary of Defense for acquisition and the acting assistant secretary of the Army for acquisition, said she has similar concerns across all of DoD around its industrial base capacity and capability.

The two acquisition officials’ comments come as the military is  rethinking its acquisition approach. DoD has been going through its Better Buying Power reforms and now is trying to become more focused on acquiring technology with its third offset strategy.

NSA is going through a major revamp called NSA21, which includes partnering more closely with industry.

Adm. Mike Rogers, the NSA director, said in December his agency needs to harness the innovation of industry more than it does now. He said NSA’s current interactions with industry are mostly to augment the workforce in key business areas where additional capacity is needed or to provide assistance in support functions.

“NSA has created some amazing cylinders of excellence, but at times there are blocks of granite between those cylinders,” he said. “We have to learn what it means to collaborate and partner internally every bit as much as we reach out to the outside world for a broader set of partners.”

NSA has reached out to small business since. In December, it posted its first public, albeit cryptic, advertisement on the Federal Business Opportunities website in December looking for “innovative technologies in a number of key areas of interest.”

That publicity opens the agency to small businesses and other non-conventional NSA partners. But Walsmith said there are simply not enough women-owned businesses in NSA’s pool.

McFarland said her concerns about DoD’s industrial base lie in “the scope of capacity.”

“The capacity isn’t mirrored to the work. I’m worried about how do we address managing capacity because capacity when unused translates into overhead and cost,” McFarland said.

“Capability translates into people and experience and where is that opportunity for them to get that experience,” McFarland said.

The bottom line for both McFarland and Walsmith is a degraded industrial base translates into a lack of innovation. In order to fight stagnation in the industrial base and the acquisition workforce the two officials are trying to inject a culture of experimentation.

McFarland said DoD is pushing for experimentation and prototyping.

“In periods of decline the only way engineers can learn is through doing, so I can’t just focus on programs of record. I have to bring prototyping and this experimentation to the table so I can keep abreast with the technology and learn at the same time,” McFarland said.

An experimentation and prototyping emphasis isn’t a new idea for DoD. The department and Congress have been pushing for it in the next fiscal year.

Experimentation “encourages innovative thinking, not just in developing the technology, but in how you use it. It helps ensure there is mature technology before you start production so that you don’t have those unexpected surprises. It reduces the odds that you are going to spend a lot of money on a program of record that you then have to cancel and have it all wasted,” Thornberry said in January. “A culture shift is needed. … We have to accept or even expect regular, small failures in order to have greater success.”

Jamie Morin, director of DoD’s Cost Assessment and Program Evaluation, said earlier this week it is important for DoD to take risks to maintain its deterrent posture for the long run.

In order to do that, DoD needs a portfolio approach where you do not expect every program to come to fruition.

What seems to be a new angle to the prototyping and experimentation idea is McFarland’s use of it to grow industrial base talent, while still giving DoD something of worth .

On the other hand, NSA is trying fit a square peg in a round hole by engaging with a fast-paced tech industry using a slow acquisition process.

But NSA is trying to adopt a failure policy as well in an attempt to encourage speed, innovation and industry engagement.

“The area that I probably take the most risk is in the cryptoanalytic portion of the architecture. Most people would say that’s a very unique high specialized section of the architecture how could you be taking and allowing the most innovation there?” Walsmith said. “It’s because the only way we can keep up with encryption is to truly be on the leading edge of innovation.”

NSA is trying to bring that experimental attitude to its acquisition workforce too.

The agency is setting up a Skunk Works, or rapid innovation, office to look at contracting.

“It’s not for Skunk Works technologies, but rather for Skunk Works just thinking about acquisition. How can we get [contracts] to be more timely? How can we get our criteria to match the topline, we said we want innovation but … when you get down to the criteria you’re not seeing it. You’re not seeing it in a way that’s telling our industrial base, ‘Hey, we really want that,’” Walsmith said.

She said NSA is working closely with DoD and the Director of National Intelligence on what authorities and waivers can be added to the acquisition process without creating “the wild west.”

“We are successful today, but we are not set up for the future at the pace that our threats, our budgets and our people need us to mature for the national security mission,” Walsmith said. 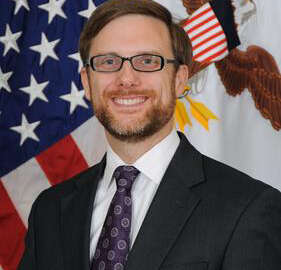 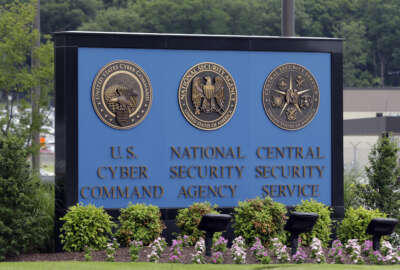