DNI brings intel community a little out of its shell

The intelligence community is making an effort to increase transparency. A new policy released Oct. 27 will aid the release of some intelligence documents and provide more information about missions.

Analysts say the Intelligence Community Transparency Implementation Plan will attempt to address concerns about the country’s most clandestine clique, as favorability and trust in intelligence institutions have eroded since Edward Snowden and WikiLeaks exposed the National Security Agency’s collection of bulk phone data.

The intelligence community is making an effort to increase transparency. A new policy released Oct. 27 will aid the release of some intelligence documents and provide more information about missions.

Analysts say the Intelligence Community Transparency Implementation Plan will attempt to address concerns about the country’s most clandestine clique, as favorability and trust in intelligence institutions have eroded since Edward Snowden and WikiLeaks exposed the National Security Agency’s collection of bulk phone data.

“Many Americans now question the IC’s commitment to lawfulness and to privacy and civil liberties,” Director of National Intelligence (DNI) James Clapper said during a speech at George Washington University Tuesday in Washington.

He added that while exposing more intelligence information gives adversaries an inside look into how data is collected on them, it is worth the cost to keep the confidence of the public.

“If the American people don’t understand what we are doing and why it’s important and how we’re protecting their civil liberties and privacy … it will affect our ability to perform our mission, which ultimately serves them,” Clapper said.

Ken Gude, a senior fellow at the Center for American Progress, said the implementation plan is an effort to try and win back the trust of the public.

“I don’t think the DNI released today is going to do that on its own, but hopefully what we are seeing is a culture shift within the intelligence community … and we are moving toward an era of greater transparency about intelligence activities and programs,” Gude said in an interview with Federal News Radio.

The new plan requires the IC to develop a process for releasing declassified information and images that are important to the public. The IC will also release relevant historical information that has been of public interest.

The strategy will provide new transparencies to enhance public understanding of the IC’s mission, the laws that govern it and the compliance and oversight used to ensure intelligence activities are conducted in accordance with the law.

In order to do this, the IC has started releasing certain legal and oversight documents relating to surveillance under the Foreign Intelligence Surveillance Act — a 1978 law that defines the legal authorization for electronic surveillance.

Clapper said the new plan will build on current efforts by requiring that intelligence community elements describe their governance framework and release their policies’ guidelines and procedures. The IC will establish a process to coordinate the publication of legal, policy, compliance and oversight information.

The newly released information may be aggregated into a single hub called Intelligence.gov. The portal would link to other intelligence community elements so “the public has a single point of entry to clear and accurate information about the IC,” according to an Oct. 27 press release on the plan.

To classify or not to classify

Nate Jones, the director of the Freedom of Information Act Project for the National Security Archive, said the implementation plan is a welcome step and is a continuation of transparency policy.

Jones noted though, that the plan does not address classified data.

“The director of the information security oversight office has said publically that classifiers joke that classifying things is so easy they could classify a ham sandwich if they wanted to,” Jones said in an interview with Federal News Radio.

Jones said there is a larger issue of whether the IC should classify information. In the past, it has needlessly classified information that has been of public interest. This plan, Jones said, does not address that problem and only facilitates the release of information that is declassified.

Gude said that once documents become classified it is harder for them to be declassified than if they were never classified in the first place.

Gude said this may be the intelligence community showing that it is moving toward changing how it classifies documents.

“Trying to stop [unnecessary classifications] from the beginning is the best way to really create greater information flow from the intelligence community to the public, so that was the goal and hope I think of those provisions,” Gude said. 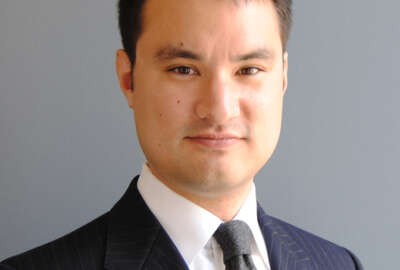