The Veterans Health Administration has all the parts to be a world-class provider, but needs an overhaul to make those parts work together properly, says an independent review.

“VHA is strong on anatomy, but weak on physiology,” said Richard Byrne, senior vice president at the MITRE Corporation, which led the study, during an Oct. 7 House Veterans Affairs Committee hearing. “For all these parts to work smoothly together, it will take a significant transformation to build the collaboration inside and outside of VHA to create patient-centered operations, led by empowered leaders, who are informed by the right data and tools with the appropriate governance and resources.”

McDonald asked Congress to think twice about cutting its fiscal 2016 budget request by $1.4 billion, as is currently proposed. That decrease would amount to $688 million less for medical care and a 50 percent reduction in VA’s construction budget.

Those cuts come at a time when VHA is facing growing demand. McDonald said as VHA’s care improves, more veterans are signing up for help.

“Even though 97 percent of appointments are now completed within 30 days of the needed or preferred day, the number not completed in 30 days has grown from 300,000 to nearly 500,000,” McDonald said.

McDonald also asked that Congress give VA the flexibility to align resources with veterans demand for care and to cut out red tape in burdensome statutes.

The MITRE Corporation study stated that there are four pervasive systemic problems that led to a lack of consistent healthcare to veterans.

Byrne said there is a disconnect between demand, resources and authorities; bureaucratic processes were provider-centric and not patient-centric; data was not standardized and tools were not interoperable; and leaders were not fully empowered due to a lack of authority, confusing priorities and a culture of distrust.

The study stated that VHA gave care comparable to private sector care and had some pockets of excellence, but had large variations that resulted in inconsistent care.

“The only way to successfully transform VHA in an enduring manner is to address all of these four systemic issues using an integrated systems approach,” Byrne said.

That approach would build on improvements in a whole-of-system approach with a potential for improving not just the status quo, he said. Instead of focusing on one solution to a problem, VHA should approach solutions from all four systemic areas.

McDonald said the department already has begun working on some of the recommendations laid out in the study.

McDonald told lawmakers that he agreed there was a misalignment of requirements and resources.

He said he took issue with the study’s recommendation that Congress establish a governance board to “develop fundamental policy, define the strategic path, insulate VHA leadership from direct political interaction and ensure accountability for the achievement of established performance measures.”

The study found ongoing evidence that VA is bogged down by cultural and systemic problems.

VA suffers from the second lowest employee morale in the government, only beating the Department of Homeland Security in the recent Federal Employee Viewpoint Survey.

Department employees feel like they are trapped in a structure they can’t change, said Thomas Muir, the director of support services for VA during a Sept. 3 speech in Washington hosted by the American Council for Technology-Industry Advisory Council.

VA has 40,000 clinical vacancies, Muir said. When there are that many open spots, employees are under more pressure.

The American Federation of Government Employees said in an Oct. 7 statement that provider workload and recruitment to fill those positions are crucial to VHA’s transformation.

“You can’t have a great veteran experience if your employee morale is terrible. You can’t expect your employees to turn around and put on a smiley face and deliver great services,” said Scott Blackburn, director of the MyVA task force, in charge of changing VA’s internal culture.

VA said it will begin working with other agencies to solve some of its internal problems.

The Office of Special Counsel sent a letter to President Obama on Sept. 17, stating the VA has attempted to fire or suspend whistleblowers for minor indiscretions for activity directly related to the employee’s whistleblowing. Meanwhile, mismanagement within the VA is going unpunished.

The VA has been plagued with internal problem for years. The most notable case led to VA Secretary Eric Shinseki resigning last summer after the department hid months-long waiting times for veterans trying to receive medical care. The department has not had a Senate-confirmed inspector general since January 2014 and only just recently President Barack Obama nominated Michael Missal. 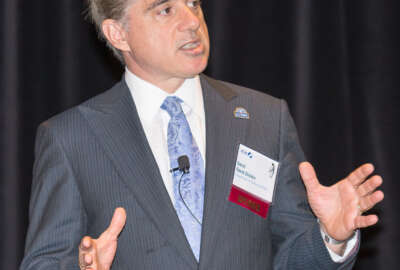 VA turns to the outside for help on internal problems