For incoming politicals of the new administration, building a good working relationship with their inspector general is an opportunity to avoid early pitfalls in getting acclimated and improve the effectiveness of their organizations over the coming years.

“We know the department very well, including where the bones are buried and where the traps lie,” Mary Kendall, acting IG at the Interior Department, told the Partnership for Public Service and Grant Thornton, the organizations that released a collaborative report on IG independence and working relationships with their agencies on Sept. 7.

Although the report wasn’t produced specifically with the upcoming presidential transition in mind, the timing is convenient.

“The audience for a lot of what we communicate is folks who are joining the administration during a transition,” said Robert Shea, former associate director for the Office of Management and Budget and current member of Grant Thornton’s public sector practice.

Shea said IGs produce great return on investment, but they’re generally not the most popular people in government because they usually bring bad news. But incoming politicals can be unclear on an IG’s nature and value.

“I don’t think this community gets nearly enough attention as it should,” he said. “A presidential transition is a key time to raise that profile.”

Sometimes incoming politicals, with little experience in public service, confuse IGs with the internal auditors the private sector frequently employs, the report said. The difference is that internal auditors report only to the executives, while IGs have to balance their allegiance to their agency with their duty to report to Congress and the American people. This can cause friction with new leaders.

That’s not the only balancing act IGs have to perform. The report outlines challenges that IGs face in trying to balance the independence of the office with a sense of engagement with the agency and its leaders.

It’s a fine line to walk, Shea said. Inspectors general who try too hard to please the agency leadership may compromise themselves, while IGs who maintain too much distance may find themselves locked out.

The report also addresses how IGs and executives can benefit from what one former executive called “a healthy tension” without slipping into adversarial roles.

“The IGs are also leaders within the agency and it is important for an agency to keep in mind that IGs are not the enemy,” said David Montoya, IG for the Department of Housing and Urban Development.

Instead, executives should look at IGs as an early warning system for both risks and opportunities, the report said. After all, if IGs weren’t interested in improving the effectiveness of an agency, they wouldn’t provide recommendations to fix what problems exist.

And this is one of the main opportunities to improve these working relationships, the report suggests. IGs can collaborate with agency leadership when formulating reports and recommendations, giving the agency a chance to exhibit a willingness to be proactive in addressing the problems IGs point out, rather than simply being blindsided by bad press.

“The department should not find any surprises in the media or from its IG,” said one inspector general interviewed in the report. “The reason I like to limit surprises is because I need the agency to make the changes that need to be made.”

Inspectors general who make it a goal to produce antagonistic reports are missing the point, the report said. Instead, it should be the goal of IGs to bring people together to work on a common problem.

But opportunities to improve communication aren’t all one way. The report suggested that agency leaders should engage IGs when they want to try something new.

“This came up in the context of risk tolerance,” Shea said.

Agencies may be less likely to try an innovative approach to accomplishing their mission if they’re concerned about running into conflict with their inspectors general, or even negative media attention from a critical report, Shea said.

On the other hand, if an agency communicates with its IG before trying an innovation, it may find the IG in its corner if that innovation does not succeed.

“When an innovative approach fails, the IG has context,” Shea said. “They can say this was an attempt, and though it didn’t work out, it was worth a try.”

Finally, both the report and Shea emphasized the importance of having a confirmed IG in the office.

Some IGs and agency leaders surveyed in the report said that acting IGs can be as effective as those confirmed by the Senate. But others said that an acting IG is in a precarious position.

“If you don’t act aggressively enough in the position, you run the risk of being considered too tame for the job. If you act aggressively and decisively, you are considered too divisive to be hired,” said David Williams, a former acting IG at HUD. “This dynamic results in an acting IG being unable to function effectively, without jeopardizing selection of the candidate or later Senate confirmation.” 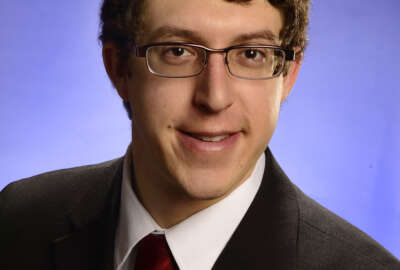 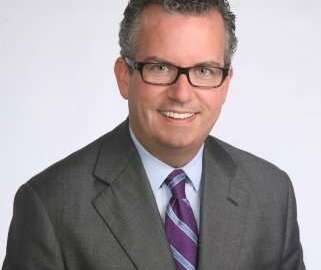