The long-rumored scathing report on the General Services Administration’s 18F organization didn’t materialize as some hoped. But what auditors did find is an office that is acting like a private sector startup by spending money it doesn’t have and hiring at a rate that is only seen from emerging tech companies.

The agency’s inspector general also found 18F chose not to listen to advice of GSA’s chief financial officer and the commissioner of the Federal Acquisition Service...

The long-rumored scathing report on the General Services Administration’s 18F organization didn’t materialize as some hoped. But what auditors did find is an office that is acting like a private sector startup by spending money it doesn’t have and hiring at a rate that is only seen from emerging tech companies.

The agency’s inspector general also found 18F chose not to listen to advice of GSA’s chief financial officer and the commissioner of the Federal Acquisition Service about following the law to pay back its initial funding, and did so with a smug attitude that many in and out of government have said is emblematic of the digital services movement across government.

“18F’s cumulative net loss from its launch in fiscal 2014 through the third quarter of fiscal 2016 is $31.66 million. We found that 18F’s plan to achieve full cost recovery has been unsuccessful because of inaccurate financial projections, increased staffing levels and the amount of staff time spent on non-billable activities,” the IG stated in its report issued Oct. 24. “18F managers have repeatedly overestimated revenue and, with the support of the administrator’s office, hired more staff than revenue could support. In addition, 18F staff spent over half of their time on non-billable projects. 18F managers have recently revised their projected breakeven date from 2019 to 2020.”

“This leads to making many mistakes following government procurement rules. No one on the team has that experience.  There should be someone that has worked at GSA for a long time,” he said. “They are basically a government-sponsored consultancy with a license to bill. They don’t even have to compete! They shouldn’t bring someone on unless there is a full-time position. That is the way it works in the real world. Then you are bringing in revenue and you are guaranteed to make the organization money. Even leadership in a consultancy like Deloitte is over 50 percent billable. If you finish your initial assignment as a consultant and have no other work to do, your time with the organization is done.”

Suder said 18F brings unique expertise that is much needed to the federal government, but in an effort to institutionalize 18F, GSA bypassed government and business 101.

David Zvenyach, the acting executive director of 18F, said in an Oct. 24 blog post his office has been learning to scale and improve their organization.

“As an organization, 18F is committed to delivering; that is the strategy. Our mission requires us to be relentlessly focused on helping our agency partners, and that means we need to ensure that we continuously improve on our controls and processes to meet that mission,” Zvenyach wrote. “The oversight of GSA’s Inspector General is a critical part of how we can continue to improve, and we appreciate their review and agree with their recommendations.”

The IG report comes just a few weeks after GSA Executive Director Aaron Snow stepped down to become a senior adviser for TTS.

The IG uncovered concerns many in the federal community have talked about for several years.

The IG says the digital services office will not break even now until 2020, one-year later than the Government Accountability Office reported in June. 18F’s revenue projections are consistently missing the mark and there are some in GSA who believe it didn’t matter.

“We also found internal discussions by 18F senior management that raise doubts about their intent to break even. GSA records show that in discussions in February 2016 regarding the merits of the three breakeven scenarios, 18F’s Director of Operations stated, ‘To be frank, there are some of us that don’t give rip about the losses.’ In response, the Regional Administrator for GSA’s Region 9, Andrew McMahon, stated, ‘Sure, in the end, I could care less. ASF loses money all over the place. That’s the decision we should reiterate with Denise [GSA Administrator Roth], do you care about losing +$2.5M in order to bring in 100 more great hired [sic] into government?’” the IG report stated.

The struggle to meet revenue projections also stemmed from 18F’s staff spending 52 percent of its time on non-billable hours between October 2014 and July 2016, including three 18F staff members who went on “unreimbursed details for periods of 6-to-12 months, even though GSA records indicate that managers acknowledged this would hurt cost recovery efforts.”

Instead, auditors say 18F spent almost 14,000 hours on outreach, including speaking at events, and 727 hours on developing a new logo and brand.

Finally, the IG found that 18F didn’t always have signed agreements before working for other agencies, which put it at risk of violating rules against augmenting agency appropriations.

18F also didn’t have signed agreements with GSA Chief Information Officer David Shive, who now also is the acting commissioner of the Technology Transformation Service (TTS). Under the Federal IT Acquisition Reform Act, the CIO must sign off on all technology contracts and projects.

The IG said when the CFO’s office informed 18F that it was putting the agency at risk, the response was part of the lack of recognition and acceptance of federal processes that Suder talked about.

The IG wrote, “We asked 18F personnel why work was performed before the agreements were fully executed. The 18F Agreements Lead responded that ‘the agreement process takes a significant amount of time to complete, between 35 and 65 days per agreement. This is due to reviews by GSAOGC as well as an [sic] prolonged signature process in other agencies. [T]he speed of business and the need for 18F services is often immediate, requiring business units to make decisions about losing clients, and potential ability to recover costs, or starting work without an agreement in place.’ In addition, the 18F Operations Director stated in an email to the FAS Budget Director that he understands the concerns about beginning work before an agreement is signed, ‘however, i do not expect that number to ever hit zero … the best that we can do is recognize that this has occurred and act to rectify the situation.’”

Shive said in the agency’s response to the IG audit that while 18F’s business value is clear, it must continue to improve its processes.

“Consistent with your recommendations, we have taken significant steps to strengthen our efforts towards full recovery. Earlier this year, we instituted an escalated review for any new hires, and we ensure new hires are justified by billable work,” Shive wrote. “We also created dashboards that allow for greater real-time management of financial performance and staff utilization. We are also putting in place greater controls over non-billable work and improving our allocation of staff to projects. The administrator reviews our performance at least quarterly to ensure progress.”

Shive also highlighted that 18F’s revenue has increased by 69 percent in 2016 over 2015, and it developed a cost recovery plan with the agency’s CFO to achieve full cost recovery by 2019.

Zvenyach said his office also has strengthened its internal controls.

“We brought in an independent third party to review our financial processes and controls. We have instituted additional controls around agency agreements, including review of agreements by the CFO and General Counsel, and we are also amending our timekeeping system to detect any work being done outside of the performance period or without signed agreements,” he wrote. “We have conducted a reconciliation of past agreements to ensure accurate billing, and we have transitioned to monthly customer billing and expense accruals to identify errors in a more timely fashion. We are also making organizational changes to improve operations. We have standardized the relationship between 18F and the chief information officer by, among other things, having a CIO lead who reviews all internal technology projects for 18F. In addition, the CFO is in the process of establishing dedicated resources to support 18F, which will help strengthen financial operations even further. Finally, we have created a chief operating officer position within TTS to ensure an ongoing focus on internal operations of all parts of the organization, including 18F.” 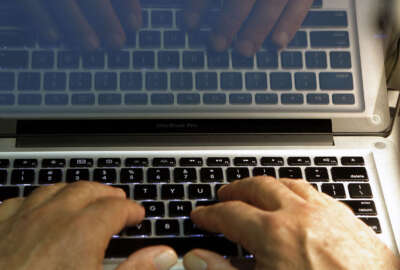