Speaking at the Brookings Institute on Friday, Neomi Rao, the administrator of the Office of Information and Regulatory Affairs, called fiscal 2017 a “banner year for regulatory reform.”

Under the president’s “two for one” executive order, requiring federal agencies to cut two old regulations...

Speaking at the Brookings Institute on Friday, Neomi Rao, the administrator of the Office of Information and Regulatory Affairs, called fiscal 2017 a “banner year for regulatory reform.”

Under the president’s “two for one” executive order, requiring federal agencies to cut two old regulations to offset the costs of any new rule, Rao said the administration kept the total cost of federal agency regulations below zero “for the first time in our records” in FY 2017.

Instead, she said the Trump administration has gone after federal red tape with “big, beautiful gold scissors” like the ones Trump used in a December meeting on deregulation at the White House.

Through the implementation of the “two-for-one” executive order, OIRA says agencies saved more than $8 billion in regulatory costs, or more than $570 million per year.

“Those are rules that are currently in process and rules that we’re thinking about, but it demonstrates the magnitude of what has been halted or postponed,” she said. “I think it also shows that what the administration is doing is that we are carefully reconsidering the direction, the scope and the content of many proposed regulations across the government.”

“I think sometimes agencies want to move more aggressively with deregulation but for much of the first year, they did not have their political appointees in place [due to] this very slow confirmation process. And so,  there’s been a lot of vacancies, which has actually made it harder,” Rao said.

Two-for-one ‘not a rigid system’

While federal agencies as a whole brought FY 2017’s net regulation costs below zero, some agencies fell short of that goal. The Energy Department, for example, didn’t meet the regulatory cost cap, after moving forward on an energy efficiency rule for walk-in refrigerators.

“They had a positive cost allocation, and we’re working with them to try to offset that in the coming year, but it’s not a rigid system,” she said. Where there’s an important statutory requirement, agencies, of course, have to regulate, and we will work with them to to be as consistent with the executive orders as is possible under the law.”

That being said, Rao went on to say that the EO does give agencies an incentive to comply. Most agencies, she said, want to reduce their regulatory footprint voluntarily, and want to do a good job at it.

“The president has spoken frequently about deregulation and deregulatory efforts at Cabinet agencies, and I think they’re motivated by that. At the end of the fiscal year, when we release all the numbers, do you want your agency to be last? I think there is some peer pressure, and I think that’s been good, a little competition between the agencies to be the best at regulatory reform.”

“We recognize that the system has to be flexible because we have a whole statutory system we also have to respect when implementing the EOs. But most agencies have lots of cost savings they can go after.”

The future of “two for one” beyond Trump?

While OIRA has one year of good results under its belt, Rao said she hopes future administrations continue to carry out the spirit of Trump’s executive order.

“We hope that something like this can persist over time, because I think it should be a bipartisan issue that agencies are regularly looking at existing burdens that they’re imposing. I think often they just move forward with new regulations without ever looking backwards.”

Rao pointed an executive order signed by former President Barack Obama in 2011, calling for federal agencies to periodically review its regulations and determine if they should be “modified, streamlined, expanded, or repealed.”

“Two-for-one, in some ways, just gives more teeth to that idea, that we should be regularly revisiting the regulatory burdens we’re imposing on the public, and  I think that that’s something that Democrats and Republicans can support because it’s just a good-government idea,” Rao said. 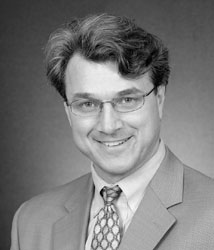 Deregulation — It’s harder than it looks