Congress: Lack of leadership put SSA on ‘autopilot’ for too long

The Social Security Administration for the past five years has been lead by a series of acting commissioners. Lawmakers and stakeholders agree that it’s past time for the president to appoint someone for the position in order to cut down on claims backlogs and other performance challenges.

“This is the largest single period of vacancy for the head of a department or major federal agency since the SSA became independent,” Chairman Sam Johnson (R-Texas) said on Wednesday...

The Social Security Administration for the past five years has been lead by a series of acting commissioners. Lawmakers and stakeholders agree that it’s past time for the president to appoint someone for the position in order to cut down on claims backlogs and other performance challenges.

“This is the largest single period of vacancy for the head of a department or major federal agency since the SSA became independent,” Chairman Sam Johnson (R-Texas) said on Wednesday in an opening statement for the House Ways and Means Subcommittee on Social Security. “That’s just not right.”

The March 7 hearing was called to order by Johnson in response to a report by the Government Accountability Office. In a letter presented to the White House, GAO said it found SSA to be in direct violation of the Federal Vacancies Reform Act of 1998.

The only exception comes when a nomination has been made by the president, but is awaiting Senate confirmation. An acting commissioner can then proceed in the role until confirmation is approved. However, a nominee has not been announced.

Max Stier, CEO and President of the Partnership for Public Service (PPS), said this is a problem because acting commissioners aren’t necessarily trusted. In many cases, these are senior officials from other positions that were asked to take over the role and may not have the proper qualifications.

“The reality is that acting officials often are not able to operate with the full perceived authority that flows from Senate confirmation. Some acting officials do not feel like it is their place to make long-term policy, operational or management decisions that will bind their successors,” Stier said in his opening statement. “Saying ‘I am acting’ is simply not as powerful as saying ‘I was nominated by the President and confirmed by the Senate’.”

Stier compared an acting role to that of a substitute teacher. He said they aren’t always as willing to create or make longstanding regulations if they are not in the role long enough to see the benefits.

“They are operating with two hands behind their back, and that’s not way to do things,” he said.

The Trump administration’s inability to fill the role, let alone nominate someone to the position, is only one of the issues SSA faces today. Whether it is the long wait times to speak to representatives, large claims backlog, lack of staff and funding or even a slow transition to more modern IT systems, SSA has developed performance challenges that are made worse by the lack of proper leadership.

Decision-making is often a lot slower, and less streamlined. The agency may have difficulty recruiting talent or retaining employees that don’t feel secure under temporary leadership. Stier said the ripple effect caused by disruption due to constant transition of employees is another reason why acting commissioners are less trusted than appointed officials.

In the current federal government, according to PPS data, there are 638 key positions that require Senate confirmation. As of March 4, 274 nominees have been confirmed, 139 have been nominated but are not yet confirmed and 8 have been announced, but not yet formally nominated. There are 218 positions where no nominee has been announced at all.

Three Senate-confirmed positions in SSA are currently open. Only one nominee has been announced, and that is for the SSA IG. The commissioner and deputy commissioner positions fall into the latter category.

When proper leadership is nonexistent, it creates an employee vacuum that, when paired with a declining budget, makes it even harder for an agency to do its job well.

The average wait time for a disability or retirement claim to be processed through the SSA is over 600 days. Max Richtman, President and CEO of the National Committee to Preserve Social Security and Medicare, said more than 10,000 retirees die each year waiting for a decision to be made.

He said the 11 percent drop in funding over the last eight years, paired with the 15 percent increase in retirees, just doesn’t add up.

Another major area where SSA is lacking is its IT modernization efforts. The congressmen and witnesses said the need for more modern systems to alleviate some of the staffing and budget restrictions is significant.

The SSA runs on 66 different programs, according Elizabeth Curda, director of ‎education, workforce and income security issues at GAO.

Curda said more than than 72 percent of the agency’s funding is used to run and maintain these legacy systems. Not only this, but the agency has had to re-hire retired employees to run those systems, she said.

Adding more modern systems and a more diverse, tech-savvy workforce could help with that transition as well.

GAO has also recommended that they recognize the need to modernize their systems to meet the needs of today.

“Social Security is just too important to continue to leave on autopilot,” Johnson said. “That’s why today, I once again ask the president to please nominate a commissioner without delay. We need a nominee, and we need one now. America deserves nothing less.” 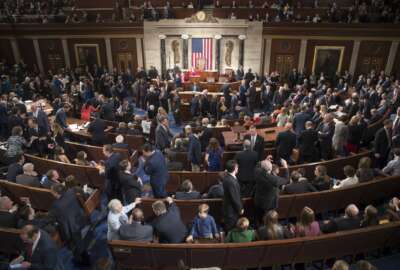 Infrastructure, artificial intelligence and other congressional efforts you may not have heard about 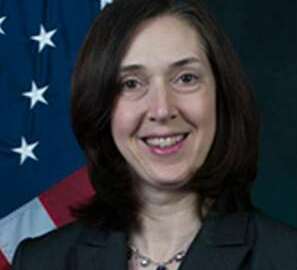 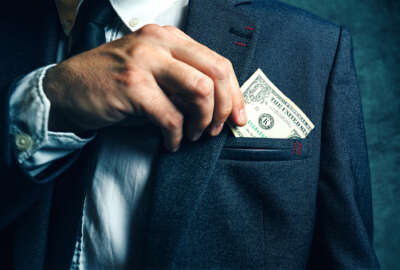