The Office of Special Counsel is investigating whether the Environmental Protection Agency violated the Hatch Act over a politically charged tweet sent last month.

On April 13, the EPA sent this tweet after the Senate confirmed former coal lobbyist Andrew Wheeler as the agency’s deputy director by a 53-45 vote.

The Senate does its duty: Andrew Wheeler confirmed by Senate as deputy administrator of @EPA. The Democrats couldn't block the confirmation...

The Office of Special Counsel is investigating whether the Environmental Protection Agency violated the Hatch Act over a politically charged tweet sent last month.

On April 13, the EPA sent this tweet after the Senate confirmed former coal lobbyist Andrew Wheeler as the agency’s deputy director by a 53-45 vote.

The Senate does its duty: Andrew Wheeler confirmed by Senate as deputy administrator of @EPA. The Democrats couldn't block the confirmation of environmental policy expert and former EPA staffer under both a Republican and a Democrat president. https://t.co/FpkjOUtmnJ

John O’Grady, the president of the AFGE Council 238, which represents EPA employees, said the tweet from the agency’s official Twitter account took a partisan jab at Democrats.

After seeing the EPA’s tweet, he sent a complaint to the OSC.

The Hatch Act bars federal employees from engaging in political activity while on-duty or serving in any official capacity.

In a May 1 email obtained by Federal News Radio, OSC Attorney Carolyn Martorana told O’Grady that the agency would look into his Hatch Act complaint.

“I am assigned to investigate your allegations that [Administrator] Scott Pruitt violated the Hatch Act,” Martorana wrote.

While it is unclear who wrote the tweet in question, O’Grady said he blames Pruitt for the EPA’s messaging.

“Nothing happens in his office without his knowledge,” O’Grady said. “My opinion is he knew about it, and he would’ve approved it if he didn’t know about it, but he’s ultimately responsible.”

Attorney Debra D’Agostino, a partner at the Federal Practice Group, said the EPA’s tweet might violate the spirit of the Hatch Act, but probably will not lead to any disciplinary action.

“We’ve certainly heard more about the Hatch Act lately than we have in years, really,” D’Agostino said. “I do think that the tweet in question is on the line. I think, honestly, the most OSC would do with it would be a slap on the wrist.”

This week, the OSC ruled that FCC Commissioner Michael O’Rielly violated the Hatch Act after speaking to the Conservative Political Action Conference in February.

In March, OSC determined that Kellyanne Conway, the counselor to the president, had violated the Hatch Act “by using authority or influence to interfere with or affect elections.”

During a pair of television interviews late last year, Conway urged viewers in Alabama to vote for Senate candidate Roy Moore over his Democratic challenger Doug Jones, who won the election.

In a statement on Friday, Rep. Elijah Cummings (D-Md.), the ranking member of the House Oversight and Government Reform Committee, expressed concern that the White House recommended no punishment for Conway.

“It has been two months since the Office of Special Counsel recommended that President Trump discipline Kellyanne Conway for multiple violations of the Hatch Act, but the President appears to have taken no action.” Cummings said. “The Oversight Committee has jurisdiction over these matters, and we should be obtaining documents, interviewing officials, and calling hearings to hold the President and his top aides accountable.”

“The Hatch Act is clear that there’s little-to-no wiggle room when they find a violation, at least for bargaining unit employees,” O’Grady said. “When it comes to managers and political appointees, they seem to look the other way. That’s unfortunate.”

While most political appointees only receive a warning for their first Hatch Act infraction, D’Agostino said rank-and-file career employees might find themselves taking an abundance of caution when posting online after seeing this many headlines about Hatch Act violations.

“I’m almost concerned that so much is being made about the Hatch Act that it really is causing almost a chilling effect on federal employees’ speech, because I think there’s just a lot of misinformation about what is really prohibited,” she said.

Federal employees can speak their minds about politics on social media, just as long as they are acting as a private citizen and not using their capacity as a government official.

The OSC usually weighs in on Hatch Act violations during election seasons. Earlier this week on the Federal Drive with Tom Temin, Special Counsel Henry Kerner said federal employees should follow a few general guidelines to comply with the Hatch Act:

“EPA is not aware of an investigation related to this tweet by the Office of the Special Counsel,” EPA spokesman Jahan Wilcox said in a statement to Federal News Radio. “EPA employees strive to comply with all applicable statutory requirements, including the Hatch Act.”

When reached for comment, OSC spokesman Zachary Kurz said he could confirm that the agency received O’Grady’s complaint, but could “neither confirm nor deny that an investigation has been opened.” 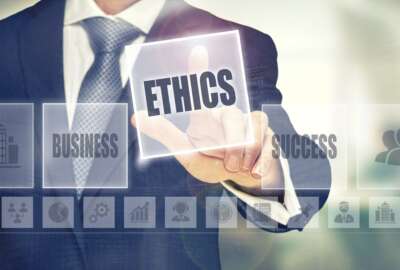 How feds can uphold Hatch Act during midterm season 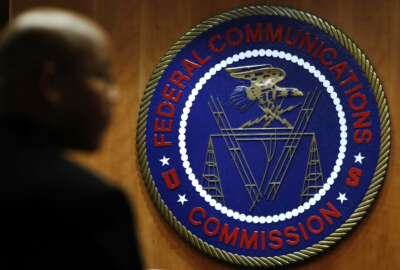 Oops, another Hatch Act violation by a political appointee 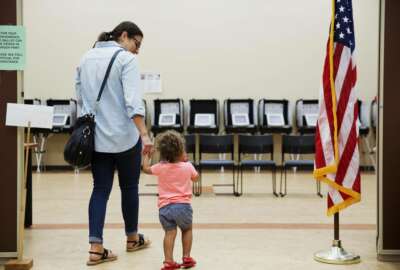