As Congress reviews the Trump administration’s government reorganization plans, Sen. Heidi Heitkamp (D-N.D.) has pitched her own restructuring idea — move the 73 federal inspectors general out from under their agencies and into their own independent agency.

Heitkamp said her proposal would make the IG community an extension of Congress and the Government Accountability Office.

As Congress reviews the Trump administration’s government reorganization plans, Sen. Heidi Heitkamp (D-N.D.) has pitched her own restructuring idea — move the 73 federal inspectors general out from under their agencies and into their own independent agency.

Heitkamp said her proposal would make the IG community an extension of Congress and the Government Accountability Office.

“If I were king of the world and could change this, I would make you an independent agency collectively, with assignments to various agencies, and accountable to Congress,” she said Wednesday at a Council of the Inspectors General on Integrity and Efficiency (CIGIE) event honoring the upcoming 40th anniversary of the Inspector General Act.

While Heitkamp acknowledged a major restructuring of the IG community would likely face significant pushback from fellow lawmakers — as have the Trump administration’s plans to shuffle and consolidate agencies — her proposal to restructure the IG community reflect growing frustration on Capitol Hill with the lack of permanent IGs in place at agencies.

According to the Project on Government Oversight, 13 agencies currently lack a confirmed, permanent IG, and more than 10 of those have been without a permanent IG for more than a year.

“It doesn’t do much to talk about IGs when you have 13 vacancies right now,” Senate Homeland Security and Governmental Affairs Committee Chairman Ron Johnson (R-Wis.) said. “Let’s get a process so we know, regardless of administration, we have IGs in every agency.”

However, the Senate has six pending IG nominations that it has yet to confirm.

Energy hasn’t had a permanent IG in more than 1,000 days.

“The IGs are the last appointed in administration after administration,” said Paul Light, a public policy professor at New York University. “The main management positions are always late. So part of the issue is, how do you get administrations to pay attention to the internal operations?”

In order to expedite the confirmation of IGs, Johnson said he supports shrinking the number of president-appointed, Senate-confirmed positions.

“I think we have far too many confirmable positions in the Senate,” Johnson said. “Any president ought to have the right to staff his administration with people that agree with his views. I would have maybe a couple hundred confirmable positions, not the thousand-plus” positions that currently require Senate confirmation.

Moving IGs out from the agencies they serve, Heitkamp said, would give them more of the independence they need to conduct investigations.

In some cases, she added that agency leadership doesn’t have an incentive to advocate for IG resources.

“If I were running an agency, and I wanted to run that agency however I wanted, I wouldn’t necessarily be clamoring for an IG to be appointed — would you? That’s just another layer of accountability,” Heitkamp said.

“Inspectors general are a force multiplier for congressional oversight,” Grassley said, adding that IGs also serve as the “eyes and ears” of the executive branch.

At times,  the relationships between agency management and their independent Offices of Inspector General have their moments of contention.

In a June 11 letter to Veterans Affairs Department Inspector General Michael Missal, acting VA Secretary Peter O’Rourke blasted the watchdog office after it complained about its access to records from the Office of Accountability and Whistleblower Protection.

“There are several disturbing examples of OIG investigative reports that improperly and recklessly cast the VA and its employees in an unfavorable light and demonstrate clear investigative misconduct and neglectful senior executive oversight,” O’Rourke said.

Prior to Congress passing the Inspector General Empowerment Act in 2016, IGs faced an uphill battle obtaining access to agency documents.

Grassley said agency watchdogs should raise concerns to lawmakers if they continue to face obstacles getting the documents they need.

“Agencies cannot be trusted to restrict the flow of potentially embarrassing documents to the IGs who oversee them. If the agencies can keep IGs in the dark, then Congress will be kept in the dark as well,” Grassley said.

In his letter to Missal, O’Rourke also asserted that his office holds rank over the OIG.

“You also appear to misunderstand the independent nature of your role and operate as a completely unfettered autonomous agency. You are reminded that OIG is loosely tethered to VA and in your specific case as the VA Inspector General, I am your immediate supervisor. You are directed to act accordingly,” he said.

“In his letter, O’Rourke made an explicit attempt to intimidate the Inspector General and deter the VA Office of Inspector General (VA OIG) from carrying out its legal duty to hold VA officials accountable to the American people and the veterans among them. This is extremely unacceptable,” Walz said.

Earlier this year, an IG investigation into former VA Secretary David Shulkin’s official travel led Trump to fire him. Prior to that, former VA Chief of Staff Vivieca Wright Simpson resigned after the IG questioned her role in the travel scandal. 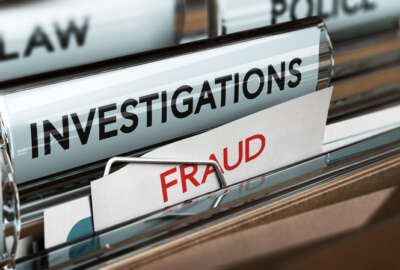