How agencies can ‘pull’ more users toward using their websites

In the not-so-distant future, the IRS wants taxpayers to be able to find more tax help online, rather than picking up the phone. And by 2020, the Census Bureau plans that households will take advantage of the ability to respond to the decennial count on the internet.

Under the President’s Management Agenda, the Office of Management and Budget has urged agencies to improve the public’s satisfaction with its customer service — whether it’s over the phone, in-person or online.

But of all the channels in need of improvement, agencies across the board may find the biggest challenge in making their websites more user-friendly.

According to Forrester’s 2018 Federal Customer Experience Index, only 50 percent of federal customers who went online said they were able to accomplish their goals when interacting with an agency, while 63 percent of customers who relied exclusively on physical channels, like agency hotlines or in-person office visits, reported a positive outcome.

By comparison, 56 percent of federal customers who used both digital and physical challenges reported being able to solve their problem.

“You can’t push customers to digital, you have to pull them to digital, you need to create a digital experience that is so compelling that people want to use it because they can accomplish their goals better through digital than through more expensive non-digital channels,” Rick Parrish, Forrester’s principal analyst, said in an interview.

Under the scorecard, the National Park Service and the Postal Service remain the highest rated agencies that offer services to the public.

Likewise, the National Park Service achieved a 71 percent satisfaction score on its digital customer service. Meanwhile, only 27 percent of USAJobs.gov customers said their interactions were effective.

While some agencies offer services inherently more popular to the public, Parrish said employees at the IRS, for example, can still make taxpayer services as convenient as possible.

“There are those people out there who would use an agency’s mission as an excuse as to why they’re not improving and what our data shows is that mission isn’t an excuse. You can improve the quality of the experience no matter what you’re up to,” he said.

Under its five-year strategic plan, the IRS plans to expand its digital service options, including making its website more mobile-friendly.

In a July 2 request for information, the VA says its looking for AI tools that can function on multiple formats, including computers, tablets, voice and chat.

The agency also asks vendors for natural language processing that can hold a “human-like” conversation with a veteran seeking care.

“VA has been taking a really methodical approach to improving the customer experience. They’ve been taking the time to do it right, get everything in place, and so a nice 4-point movement, I think, is good and sustainable, and I think it’s of a trend for them,” he said.

Parrish said he’s seen some agencies shoot up 10-12 points in the scorecard one year, only to fall back down by the same amount the next year.

“I’m not looking for big-point increases. I’m looking for modest increases that I think are the start of something really good,” he added.

Besides the VA, only HealthCare.gov saw an increase in its score, rising up to 49 percent. While the website still ranks as the second-lowest federal program on the Forrester scorecard, Parrish said it’s showing consistent improvement.

“HealthCare.gov also improved last year, and it improved the year before — just a few points each time, but that is unique. No other federal agency has improved for three years in a row,” he said.

That’s the kind of careful, methodical incremental improvement, Parrish said, should serve as the model agencies should emulate under the Office of Managment and Budget’s push for greater customer service under the President’s Management Agenda.

The reason more agencies don’t see movement on their customer experience scores is that federal agencies don’t focus enough attention on the areas that make the most impact.

“We see a lot of actions, but we shouldn’t mistake action for progress,” Parrish said.

According to the Forrester scorecard, the biggest drivers of customer service are:

“If the people coming to you with customer experience improvement proposals can’t draw a direct line from their proposal to improve on those drivers, then send them back and have them try it again,” Parrish said.

In order in incentive progress under the President’s Management Agenda, the Trump administration will reboot the Federal Customer Service Awards program the Obama administration began in 2015, this time rebranded as the “Gears of Government” Awards.

Much like the preceding program, the Gears of Government Awards doesn’t provide any monetary award for federal employees, but agencies have the discretion to offer monetary incentives to the employees they’ve nominated.

While Parrish said bringing the awards back certainly raises the profile of customer service across government, he suggests agencies encourage more program-level recognition for going above and beyond.

We’ve got the recognition from senior leaders in place — we’re good to go. I’d like to see some programs that focus on formal peer-to-peer recognition,” he said. 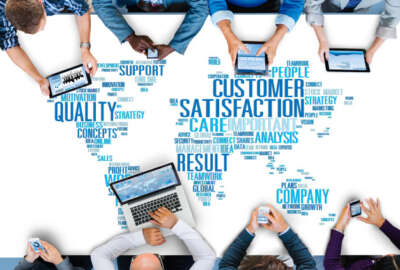 What agency has the most improved customer experience? 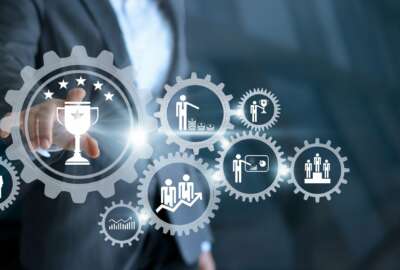