Jan. 4, 2013 — Staff Sgt. Jonathan Meadows was out supporting a special forces mission in Afghanistan when the truck behind the vehicle he was riding in ran over a improvised explosive device (IED).

Jan. 4, 2013 — Staff Sgt. Jonathan Meadows was out supporting a special forces mission in Afghanistan when the truck behind the vehicle he was riding in ran over a improvised explosive device (IED).

The impact shot Meadows up like a rocket and his head slammed into the top of the vehicle.

“It just pushed my whole head down and I could feel my nose touch my Kevlar,” he said. “I felt like a sword going all the way down through my neck and down through my spine and back up.”

When Meadows and his comrades returned to base, he realized that something was wrong. He felt numb and confused and had difficulty communicating.

“I had to ask to take myself off mission, because, one, I was going to be a hazard,” he said. “I would be a problem to the mission, because I couldn’t be a liability to the other soldiers. If I couldn’t pull somebody out of a vehicle, if they got injured or anything would happen, because I just didn’t want that on my conscience.”

A medical evaluation determined that Meadows had a crack in his neck and had received a traumatic brain injury (TBI). He was then transferred to Fort Belvoir in Alexandria, Virginia for treatment.

It was during recovery there that one of Meadows’ fellow wounded warriors invited him to go to a pottery class.

“I basically had to drag him kicking and screaming to go to pottery,” said Meadows’ wife Melissa. “He was picturing pottery painting like most people picture pottery, just painting pottery that’s already been made.”

After a great deal of cajoling, she finally convinced him to go. Once he got there and began working with the clay, he discovered that he a newfound affinity for creating art.

“It helps me just to relax,” Jon Meadows said. “It helps me if I just had a bad day or if I’m angry or something. I can just get frustration calm and put things in ease and just ease myself.”

It also aids in his physical recovery, helping to strengthen his fine motor skills, dexterity, coordination and eyesight.

“His work is so wonderfully emotive and so powerful and strong, and really so striking to the viewer,” said Erica Fortwengler, director of communications for The Art League. “His experience and what he is currently going through while he’s recovering, it’s also so remarkable how accurate the figurative work is, anatomically and the proportions of the features on the face and the figure. For somebody that hasn’t worked in art before, for him to be just such a savant, to be so naturally gifted and so talented, is just incredibly remarkable. It’s not a gift that you find right off the bat.”

Jon Meadows received art therapy through the Injured Military Personnel Through Art (IMPart) program, which was started by The Art League in 2013. The program works with injured military personnel stationed at Fort Belvoir.

“They come to The Art League for weekly sessions in ceramics department, working with our ceramics chairman, Blair Meerfeld,” said Fortwengler. “They work with clay and it’s very therapeutic and cathartic. It’s part of their healing process.”

Jon Meadows’ strength, according to Fortwengler, is his ability to take his personal experiences and transfer them into his artwork, allowing the viewer to get a sense of what he has gone through.

“People are really taken by his artwork and leave having had an emotional experience,” she said. “You can’t not. I think it’s unlike any other work that we have or at least I have seen before. It’s just incredibly powerful and you can’t not notice it.”

The Art League is currently hosting the exhibit “Jon Meadows: A Soldier’s Voice” at the Torpedo Factory Art Center in Alexandria, Virginia. It runs through Sunday, July 26.

“It’s been so healing and so wonderful and I just want to like get it out there for everybody to just see and do,” Jon Meadows said. “For me, it’s all fun. I enjoy it. I love it. I’m shocked that people actually enjoy it and like it. 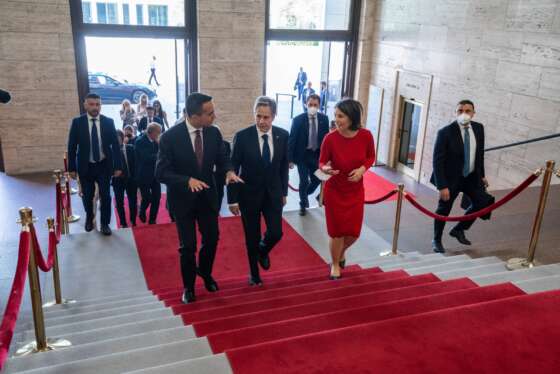