The Army’s Rapid Equipping Force (REF) and its Asymmetric Warfare Group  (AWG) – two organizations the service created in response to specific challenges in Iraq and Afghanistan, are now a permanent part of the Army. And while their operational tempo and staffing levels have decreased, the organizations’ leaders said Tuesday their basic capabilities were eminently justifiable even as the Army seeks to trim its overhead costs.

The REF – the Army group responsible for turning battlefield requests into field-ready equipment within 180 days, and the AWG, the more doctrinally-focused organization specifically charged with soldier protection, moved together into their new home at the Army’s Training and Doctrine Command (TRADOC) earlier this year.

Much like the Pentagon’s Joint Improvised Explosive Defeat Organization, they were born out of the surprises the U.S. military faced during intensive counterinsurgency warfare but have successfully argued they have a vital place in the U.S. military even after the end of the large-scale troop deployments in central Asia.

“In the past, we’ve had quick reaction capabilities in our Army at different times to provide capability on the battlefield when needed, but unfortunately a lot of those organizations went away only to have to be reinvented during different times of need, and depending on the length of the effort, sometimes they went away again,” Col. Steven Sliwa, the REF’s director said in an interview. “We’ve demonstrated that we can do rapid acquisition for our soldiers over the past 13 years. It was a very conscious decision by our leaders as the Army is being forced to get smaller. They didn’t want to have to begin from a cold start. It’s a very unpredictable world, so to have that technical edge all of the time is vital and I think it was a visionary decision on the part of our leaders.”

The Asymmetric Warfare Group – which was set up as a direct response to improvised explosive devices in Iraq – will work in direct collaboration with the REF while both organizations shift to a postwar footing, said Lt. Col. Stephen Lee, the AWG’s squadron commander.

“The Army needed an organization that could observe the problems, rapidly come up with solutions and enhance soldier survivability. That’s still our main goal,” he said. “We don’t know where we’re going to fight next because it’s a complex world. We’re not going to have time during the next go-around to spend another year or two creating new organizations that can close these gaps.”

Ensconcing the organizations within the institutional Army will mean some changes. In terms of funding, they will be able to access more of the Army’s base budget rather than the smattering of base and wartime funds that paid for their projects in the past. And placing them within TRADOC will let leaders decide whether a one-off solution developed for one particular unit might have broader applicability for the rest of the Army.

Sliwa said he believed that structure would let the REF become more forward-leaning, as opposed to putting its wheels into motion only when it’s asked to satisfy an urgent or niche requirement.

“In some sense we’re always going to be a reactive organization, because typically we’re responding to something that a commander or a soldier has encountered on the battlefield. They encounter it, we respond, we try to close the gap. But there are certain gaps out there that we can anticipate, like subterranean operations, thick jungle canopies, and I’d like to start leaning toward leaning toward solutions before we get a demand signal from someone who has to actually operate in that environment. That’s how AWG and REF are going to work together. They’ll work on the tactics, techniques and procedures and work directly on training the soldiers. We’ll work on developing the materiel solutions.”

But the organization is sticking with its roots in the sense that if a deployed unit can describe a piece of equipment it wishes it had in ten lines or less, the REF will try to build or buy one as quickly as possible, with a bias toward rapidly-deployable commercial-off-the-shelf or government-off-the-shelf technologies. And the tighter relationship with TRADOC will reserve the Army’s right to decide that a new piece of equipment needs to become a program of record and enter the military’s ponderous process for wide-scale fielding.

“But most of our adversaries are going to use COTS against the United States. Some of the countermeasures to that are going to come to from the same sectors of industry, and it’s pretty well proven at this point that the advantages of applying a combination of COTS and GOTS is considerable,” Sliwa said.

In the Army’s view, that’s where the close relationship between the REF and the AWG becomes most important. While the REF is in charge of fielding new gear based on commercial technologies, the asymmetric warfare group lies awake at night thinking about possible ways that non-state actors could use those same technologies to win a tactical defeat against the world’s most technologically advanced military.

Commercially available drones are one source of concern.

At Fort A.P. Hill in central Virginia, the AWG is attempting to simulate future terrorist threats and determine how best to defeat them. In one recent simulation, the group “replicated the threat” of cheap, unmanned vehicles and then tried to figure out how to keep them from getting a warfighting advantage.

The simulation, Lee argued, is extremely relevant to current U.S. military operations: up to one million remotely-operated quadcopters are in operation within the contested territory between Iraq and Syria, he said.

“Anything you can imagine that you could do with that as a bad guy, we did that. Now that we know what the capabilities are, we’re going back to look at the solutions,” Lee said. “These are very capable systems, and it’s pretty clear that ISR is not going to be a U.S. technique anymore. Our direction from TRADOC is that we can’t come up with $5 million solutions to $500 problems. We have to come up with innovative, rapid solutions to defeat these systems, otherwise they’re going to break the bank.” 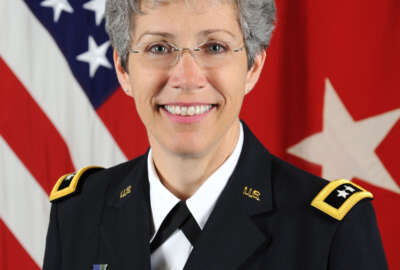 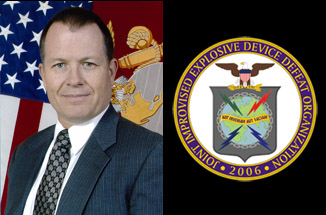