When it comes to the technological superiority of the Army’s battlefield equipment, officials worry it’s on the wane because of a sort of a perfect storm.

Aside from the systems it fielded in Iraq and Afghanistan to serve urgent,  specific needs associated with those fights, the Army has fielded few new weapons systems over the last decade-and-a-half. And as those wars have wound down, procurement and research budgets have been slashed, just in time for potential...

When it comes to the technological superiority of the Army’s battlefield equipment, officials worry it’s on the wane because of a sort of a perfect storm.

Aside from the systems it fielded in Iraq and Afghanistan to serve urgent,  specific needs associated with those fights, the Army has fielded few new weapons systems over the last decade-and-a-half. And as those wars have wound down, procurement and research budgets have been slashed, just in time for potential enemies — Russia, in particular — to begin fielding high-tech systems of their own.

With those factors in mind, a concept being worked on by the Army’s Training and Doctrine Command (TRADOC) advocates for a “ruthless prioritization” of the service’s remaining procurement dollars within a relative handful of military capability areas where leaders foresee “unacceptable risk” that U.S. military capabilities might be overmatched by another nation’s armed forces.

The initiative, known as the “Big 6+1” aims to focus Army leaders’ attention and the service’s funding on:

A draft white paper outlining the initiative explains that none of the focus areas are likely to lead to major weapons system procurements in the near-to-medium term. But TRADOC hopes they’ll drive more discipline and focus into the Army’s planning process.

Lt. Gen. H.R. McMaster, the commander of TRADOC’s Army Capabilities Integration Center, told reporters Tuesday that for the short term, the Army will need to focus on finding creative ways to incrementally improve and make use of the equipment it already owns.

“None of these are discrete efforts that end on a certain date, it’s evolutionary, particularly because of resource constraints,” he said. “The Army’s procurement budget has been reduced by 74 percent. Not only is that the biggest reduction we’ve had, it’s compounded by reductions in the size of our force and the fact that we have not modernized recently. We were doing the right thing across the past 15 years to get the right capabilities into the hands of our soldiers in Iraq and Afghanistan, but it’s resulted in a modernization pause, and a bow wave that we now have to deal with. Our instincts are usually to spread less and less money over the same number of programs. If we do that, we’ll get less and less for our Defense dollar. We have to really try to prioritize the best we can within these areas.”

McMaster said the Army has already begun to refocus its attention on closing discrete capability gaps it’s discovered after focusing on the types of conflicts it believes the U.S. might run into in future conflicts involving competent military forces.

For example, one such ongoing study, based on observations of Russian military “volunteers’” incursion into Ukraine concluded that the U.S. Army is behind the curve in dealing with low-flying unmanned aerial systems that are likely to be used by an opponent in a future military conflict.

“So we developed a counter-UAS strategy which we are about to publish,” he said. “But we didn’t wait for the strategy to be signed by senior Army leadership, we moved out with a small experiment at Fort Sill, Oklahoma, and we found out that we could use existing capabilities in a different way: changing the software on our radar, identifying electronic warfare solutions, looking at directed energy, putting all of that onto vehicles we already have and putting it into organizations that already exist.”

From there, TRADOC took the ideas to the inaugural Army Warfighting Assessment (the annual exercise that partially replaced its Network Integration Evaluation) last October.

“We refined the concept, we refined a capability production document, and we’re going to actually field that system very quickly,” he said. “But it took collaboration across the Department of Defense. All of this is being integrated under a strategy, and we’re actually delivering some capability.”

But McMaster said coming up with quick, interim answers to technological problems requires the Army to break down many of the stovepipes that have a hand in conceptualizing, developing and fielding a weapons system. He said each solution the Army develops will need to have an interdisciplinary team that follows it throughout the process.

“The team has to stay together across the whole cycle of innovation if we’re going to do this faster than determined and adaptive enemies,” he said. “First of all, it’s us, the requirements people, but we’re tied in very closely with the operational force. There ought to be no line. Other key teammates are all of the research and development activities in the Army and across the department. We also have to have a clear bridge into industry: One of the things we’re doing now are capability integration exchanges, where we can pose industry with problems we’re trying to solve. And we need to bridge into implementation with our acquisition community and reduce logistics demand, so Army Materiel Command has been a great partner. And finally, the test community has to be in at the beginning. They can tell us, ‘Hey, if you write the requirement that way, it’s going to take us 19 years to test this system.’”

The TRADOC strategy also aims to take advantage of the recently reinvigorated Army Requirements Oversight Council. Gen. Mark Milley has said that he intends to use that panel to reinsert the Army’s uniformed leadership into the acquisition process, and that he or the vice chief of staff will personally chair each meeting to discuss and approve Army requirements.

“The AROC had really become kind of a paper drill, for understandable reasons — we had a lot going on and there was no predictability at all, so the Army Staff had been forced into kind of a rear-guard action rather than a forward-looking effort to develop the future force,” McMaster said. “The AROC process now brings together Army leaders to direct and really drive future force development. Is it working perfectly? No, but it’s definitely been getting better and it’s been a great forcing function to bring leaders together around key decisions that will shape the future Army.”

Reorienting the Army’s acquisition bureaucracy is one thing. Getting Congressional buy-in for a strategy that initially aims only at incremental improvements is quite another, since the budget processes on Capitol Hill tend to focus on large platforms and specific line items.

McMaster acknowledged that the Army, historically, has done a poor job of articulating its equipping needs — especially over long time horizons.

“But one of the things that really bugs me is when people say that the Army needs to make a better case for relevance in the DoD budget. Look at where we are today: Every fight the U.S. military is in today is over the control of territory, people and resources. The idea that the Army doesn’t know what it needs – I just disagree with that. We have to clearly communicate our requirements without turning the Army into a lobbying organization,” he said. “The Navy and our sister services have done a great job of communicating the costs of deferred modernization. We have to do a better job of that.”

To that end, the Army plans to publish what McMaster called a “future force development strategy” later this year.

“Our hope is that it can be easily understood in circles outside of ours. We’re trying to write it in a way that people can read it and understand a couple of fundamental things: A modernized Army is important to the security of our joint force to accomplish its mission, and the risks we see that are associated with deferring our modernization in these key areas for future armed conflict. We’re hoping to answer those questions in a very clear manner.” 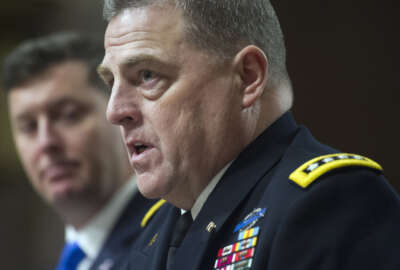 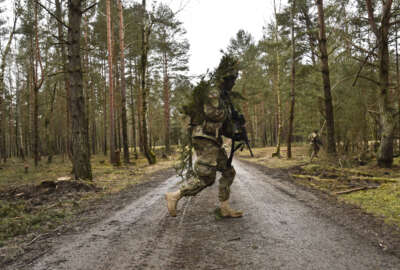 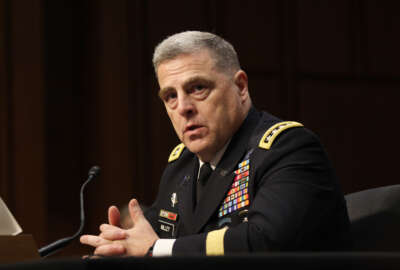