This is the Army’s future soldier

The Army is going through a handful of changes, from preparing to respond to emerging threats to figuring out how to project its power with a smaller force.

As the service morphs, what it needs from its soldiers also transforms. Army and Defense Department officials have said in the past that a future force will need to be innovative and creative, but today the Army’s top two officials shed more light on exactly what the future soldier needs to look like and the challenges he or she may face.

Part of what the future soldier will face is a completely different training organization, said Army Chief of Staff Gen. Mark Milley Oct. 3 in Washington.

“We still practice centralized, top-down, orders-driven type operations. I don’t think that method of training our soldiers will prevail in a future conflict against a near-peer competitor,” Milley said, during press conference at the Association of the U.S. Army Conference.

The current method of operations is going obsolete due to the capabilities of countries like China and Russia, Milley said.

“The future operating environment against a near-peer higher-end threat is going to be intensely lethal, the likes of which the United States Army or the United States military has not experienced since World War II,” Milley said. 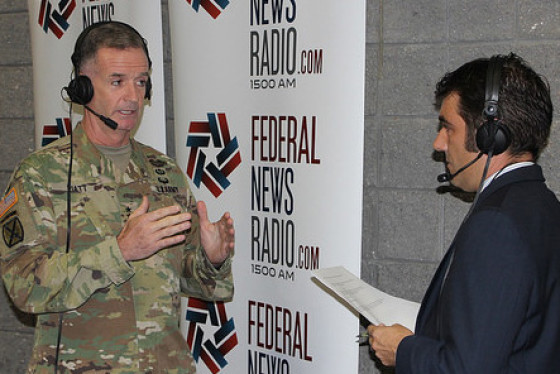 Association of the U.S. Army hosts its annual conference at the Walter E. Washington Convention Center in Washington, D.C.

Soldiers will be fighting on a battlefield that is nonlinear and noncontiguous. That means supply chains are not easily connected, troops are not grouped together and targets are ambiguous.

Soldiers will then be fighting in dispersed formations, increasing the need for leadership within soldiers and putting a premium on command and control to stretch out the means of leading over geographic boundaries.

On top of that, it’s likely the adversary will be able to take down the systems the U.S. has been using and building for years like GPS.

That is a talent management and development that is fundamentally different than any army undertakes today.

Those criteria are a tall order when top talent has been hard for any branch of the military to retain.

A study released Feb. 16 by Deloitte predicted a 3.2 percent increase in aerospace and defense (A&D) sector employment for 2016, reversing a trend of declining job growth within the industry.

Despite cutting jobs in past years, wages within the A&D sector have increased from an average of $79,000 per year to $94,000 per year.

That’s compared to a possible 1.6 percent pay raise for military employees in 2017 if Congress can pass the proper legislation.

DoD has been aware of the problem and set up its Force of the Future program to try to attract and retain top talent.

Still, Army Secretary Eric Fanning admitted the service needs to do more, even if that means harnessing industry more to serve the Army’s purposes.

“We have to get more creative along the lines of [Defense] Secretary Carter’s Force of the Future initiatives at making sure that we find ways to capitalize and access the best talent and ideas that maybe aren’t going to be in the uniformed military or in the civil service,” Fanning said. 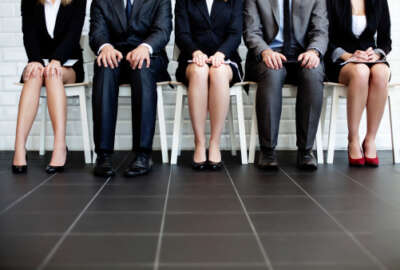 Army layoffs slowed in first half of 2016