How one small agency is cutting its IT spending

The Millennium Challenge Corporation is spending about two-thirds of its IT budget on technology systems.

While the MCC doesn’t face the challenge of moving off legacy IT systems like most agencies —Congress created the MCC in 2004 — the need for efficiency and cost savings aren’t lost on its leaders.

Vincent Groh, the chief information officer of the Millennium Challenge Corporation, said his plans to move to the cloud and stop spending on commodity technology...

The Millennium Challenge Corporation is spending about two-thirds of its IT budget on technology systems.

While the MCC doesn’t face the challenge of moving off legacy IT systems like most agencies —Congress created the MCC in 2004 — the need for efficiency and cost savings aren’t lost on its leaders.

Vincent Groh, the chief information officer of the Millennium Challenge Corporation, said his plans to move to the cloud and stop spending on commodity technology are coming together over the next year.

“I would love to be spending less on the IT function at MCC and either return those funds to the agency or even fund additional strategic initiatives, as there are plenty of good ideas out there,” Groh said on Ask the CIO. “As we talk about capturing opportunities for increased productivity and efficiencies, there really are three or four we are looking at. One is cloud optimization. We migrated very successfully last year from a co-located data center in Northern Virginia to Amazon Web Services. That immediately created a lot of cost savings for us. We went from spending around $1.2 million a year for those co-located services to about half that — it’s hard to believe — for increased service quality, increased stability and all of those good things simply by moving to the cloud.”

Groh said the MCC did more than a simple “lift-and-shift” into the cloud, but improved people, power and processes.

“Most of what we are doing in cloud today is infrastructure-as-a-service. I would love to start looking at services one at a time and see which candidates are to move to platform-as-a-service or even to software-as-a-service, and get away from paying a very expensive contractor who is only working for MCC and move into a subscription model,” he said. “We are very excited about the opportunities presented by dev/ops. We do a lot of custom software development. Anyone who has done custom software development knows there is a lot of people, power and processes there in terms of application build, deployments and sometimes the software team is ready to go with something, but we can’t get it out to the customer for two weeks.”

He said moving to automation, continuous deployment and integration are part of how the MCC will implement agile or dev/ops over the next year.

The third area for efficiencies and cost savings is around cybersecurity.

Groh said his office spends too much time on manual patch management and remediation of vulnerabilities. He said the goal is to use a product from Microsoft called System Center to automate the push of patches and new software without any manual effort.

Groh said all of these efforts over the next year is part of his strategy to reduce his operation and maintenance (O&M) spending from about 66 percent of his $20 million IT budget.

“The more money we can shift over, whether it is package implementation or custom development, the happier our customers will be,” he said. “I’m very consistent with my team and our customers that these cost savings cannot come at the expense of reduced service quality or increased cyber risk. I actually think what we will see is increased levels of service quality and decreased levels of cyber risk. It’s better for customers, lower risk and we are saving money at the same time.”

Groh said the corporation should see bigger benefits from the cloud this year since it moved almost all of its infrastructure and applications to AWS and Microsoft Azure.

Last year, Groh said the CIO’s office returned $600,000 to the agency because of lower costs from using the cloud.

“Now comes the hard work of optimizing, going service-by-service and seeing where we can have more automation and push things up the cloud stack,” he said. “Certainly, cloud service providers are much more sophisticated and able to anticipate needs for federal customers.”

One example of pushing applications up the cloud stack is MCC’s use of SharePoint. Right now, the corporation is using SharePoint in Amazon’s cloud for document management and collaboration efforts with MCC’s production team managing the tools on a day-to-day basis.

“We would love to start to use SharePoint online and Office 365,” he said. “Those are tools we’ve already procured, and now the hard work is in migrating and the change management challenges of getting everyone in the agency to adopt a new set of tools that is more cloud-hosted and had a lot of new features and functions, that, I think, in the long run, will be more helpful. Over the next six, nine, 12 months, we will make a concerted push to take all of our document management and all of our collaboration into the cloud and away from network file servers and on premise SharePoint instances.”

“We are just starting on the journey toward agile and automated testing with a pretty large development team,” he said. “We are convinced looking at every step in that development value chain from how we capture requirements, how we break those down into user stories, do we start by developing a test harness rather than developing code, how do we engage users earlier in the cycle so we aren’t making mistakes that we have to correct later and how can an individual developer check out code, make a change, hit a button and it’s deployed within an application in a few seconds? That’s the vision of where we’d like to go.” 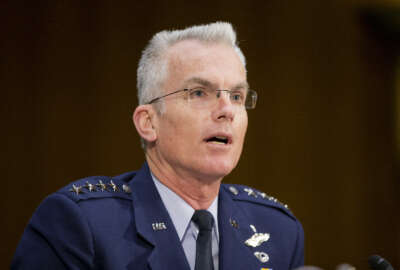 Generals warn about cuts to State Dept. budget; senator pushes to double it 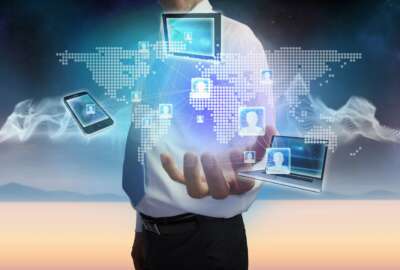 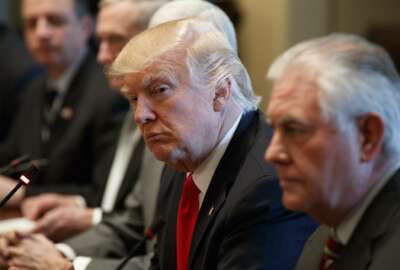