It’s not quite Christmas in July, but Federal Long Term Care Insurance Program members are getting  an early look at coverage options and premium hikes.

Beginning July 18, FLTCIP members can access their offer package online and view new premium rates, which the Office of Personnel Management said will range from 0-126 percent.

The increase is due to longer life expectancies, the lower rate of return of the investment in the trust fund of premiums, and basic inflationary increases.

It’s not quite Christmas in July, but Federal Long Term Care Insurance Program members are getting  an early look at coverage options and premium hikes.

Beginning July 18, FLTCIP members can access their offer package online and view new premium rates, which the Office of Personnel Management said will range from 0-126 percent.

The increase is due to longer life expectancies, the lower rate of return of the investment in the trust fund of premiums, and basic inflationary increases.

“We understand that a premium increase may not be affordable for some. This is why we are offering enrollees personalized options to help reduce the impact of the premium increase,” said Joan Melanson, director of promotion for FLTCIP. “John Hancock [Life & Health Insurance company] proposed significantly higher premiums because recent analysis of the program, using updated assumptions based on identified trends and actual claims experience, indicated that the current FLTCIP premiums would not be sufficient to meet the future, projected costs of the benefits.”

OPM Spokesman Sam Schumach said just how much the premium will increase is based in part on an enrollee’s age, the plan originally purchased (FLTCIP 1.0 or 2.0), the plan design and whether an enrollee makes changes to their current policy.

According to a fact sheet issued by the FLTCIP, enrollees have at least one option to reduce coverage in order to maintain their current premium.

Most enrollees will see a premium increase. Those who will not are:

The Enrollee Decision Period runs July 18 through Sept. 30. The new premiums take effect Nov. 1. Enrollees can make changes throughout the decision period, however, the “last election submitted will be used,” the fact sheet advised.

The program provides coverage for the long-term health care of federal and Postal Service employees, as well as annuitants, active and retired members of the military services and qualified family.

Richard Thissen, national president of the National Active and Retired Federal Employees Association (NARFE), lashed out at the news, saying he was “stunned and angered” by the premium hike.

“This massive, 83 percent premium increase will come as a shock to the more than 274,000 federal employees and annuitants and their spouses enrolled in the Federal Long Term Care Insurance Program,” Thissen said in a statement. “They are now faced with difficult choices — pay substantially higher premiums; reduce coverage substantially; or, in the worst case scenario, drop the coverage some have paid into for more than 14 years. I am stunned at the extent of the increase and angry that this type of financial pressure is being placed on federal employees and retirees. This situation should not have occurred and signals the need for change in the structure of the FLTCIP to prevent federal employees and retirees from ever facing such huge, unexpected increases again.”

National Treasury Employees Union National President Tony Reardon said in a statement he was concerned about the “continued viability of the program.”

OPM awarded the new contract April 5 to the incumbent provider John Hancock Life and Health Insurance Company. The last time OPM awarded a contract for these services to John Hancock, premiums rose on average by 17 percent, and as much as 25 percent.

“As is occurring across the industry, rates are increasing,” Schumach said. “To address the financial impact of the increases on affected enrollees, OPM has worked with John Hancock to provide them with different policy options to help mitigate or offset the effects of any increase in their premiums.”

Schumach said he didn’t yet know what this year’s average increase would be because “it would be like trying to predict who is trying to change their own plan.”

“We’ve been working with Long Term Care Partners (John Hancock’s subsidiary) during the contracting phase to figure out what the best landing spots would be,” Schumach said. “We wanted to make sure we were all doing our due diligence to mitigate costs to the policy holders.”

John Hancock was the only bidder to provide long-term care insurance services to the federal market. OPM is mandated by law to issue a new contract every seven years.

Agency benefits officers as well as human resource personnel are directed to a dedicated site for the changes. A training webinar is also scheduled for July 21, at 2 p.m. 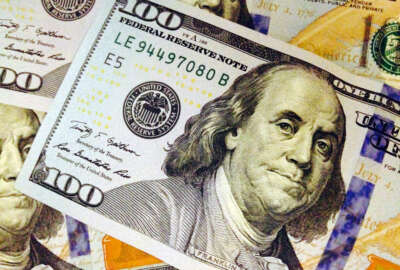