Most participants in the Federal Long Term Care Program are moving ahead with the higher premiums or opted to alter their coverage after the Office of Personnel Management’s summer enrollee decision period.

As of Oct. 7, more than 96 percent of enrollees who responded to the OPM’s enrollee decision period, which ran from July 18 through Sept. 30, chose to accept the increase or take one of the special benefit reduction options, an agency spokesperson told Federal...

Most participants in the Federal Long Term Care Program are moving ahead with the higher premiums or opted to alter their coverage after the Office of Personnel Management’s summer enrollee decision period.

As of Oct. 7, more than 96 percent of enrollees who responded to the OPM’s enrollee decision period, which ran from July 18 through Sept. 30, chose to accept the increase or take one of the special benefit reduction options, an agency spokesperson told Federal News Radio in an email.

Less than 4 percent of those who responded chose to discontinue their coverage or take the “paid-up” option, the spokesperson said.

This comes after OPM announced in July that premiums could rise for policyholders by as much as 126 percent. The premium hikes were expected to affect 264,000 active and retired federal employees, who are expected to pay an average of $111 more per month for the same coverage they have now.

About 65 percent of affected FLTCP policyholders, or about 170,000 enrollees, responded and opted to make a change to their coverage during the decision period, a spokesperson for John Hancock Life and Health Insurance Company said. More than 91,000 enrollees did not respond and therefore accepted the premium increase, the John Hancock spokesperson added.

“We’ve heard from some worried members who do have long-term care insurance. Some are considering ways to scale back coverage in a bid to cut costs,” National Treasury Employees Union President Tony Reardon said in a statement. “Others are resigned to paying significantly more but worry about how long they could afford to do so because periodic rate hikes seem to have become the norm.”

OPM said it “received a large number” of phone calls and written questions. Because it expected a higher volume of calls, the agency adjusted its staffing levels to handle the extra traffic. FLTCP members waited an average of 12 seconds on the phone, the OPM spokesperson said.

“As each enrollee was affected differently, the questions varied, but most wanted to know the reasons behind the increase and more about their options,” an OPM spokesperson said. “Call-center representatives were specially trained to explain the reasons for the rate increase and help enrollees evaluate their personalized options so they could make a choice.”

Some federal employees have told Congress that they plan to enroll in FLTCP anyway so they don’t lose coverage but hope another fix will come along, a congressional aide told Federal News Radio.

Lawmakers in both chambers have pressed OPM for more details on why long term care rates have jumped so high. They asked OPM in September to extend the enrollee decision deadline past Sept. 30, but the agency said it had no plans to push back the open season. The House Oversight and Government Reform Committee expects to hold a hearing in November some time after the election.

The program provides long term health services for federal employees and their annuitants, as well as Postal employees and active and retired members of the military. Before this year’s decision period, more than 274,000 people paid for long term care benefits.

OPM awarded the new contract in April to the incumbent provider John Hancock Life and Health Insurance Company, the only bidder to provide long-term care services to the federal workforce.

The agency last awarded a contract for these services to John Hancock in 2009, when premiums rose on average by 17 percent and as much as 25 percent overall. OPM is required by law to issue a new contract every seven years.

During the last enrollee decision period in 2009, 30 percent of affected FLTCP participants had made a selection at this point in the process, the John Hancock spokesperson said.

The Senate Homeland Security and Governmental Affairs Committee also held a hearing on the topic when premiums last rose in 2009. 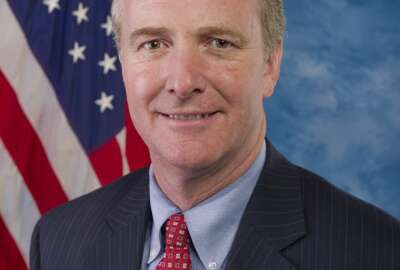 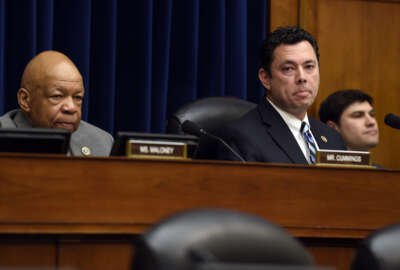