The President’s proposed 1.6 percent pay raise for federal employees remains unscathed in both versions of the fiscal 2017 Financial Services and General Government Appropriations bill. But it’s not safe yet, as the White House is threatening a veto to the House version over $236 million in further cuts to the Internal Revenue Service’s budget.

“The administration strongly objects to the $766 million reduction in funding for the IRS compared to the FY 2017 budget...

The President’s proposed 1.6 percent pay raise for federal employees remains unscathed in both versions of the fiscal 2017 Financial Services and General Government Appropriations bill. But it’s not safe yet, as the White House is threatening a veto to the House version over $236 million in further cuts to the Internal Revenue Service’s budget.

“The administration strongly objects to the $766 million reduction in funding for the IRS compared to the FY 2017 budget request. This reduction would bring IRS funding to FY 1993 levels, in real terms, hindering the agency’s efforts to provide robust service to taxpayers, improve enforcement operations, and implement new statutory responsibilities,” the Office of Management and Budget said in a statement Tuesday .

Members of the House Rules Committee added more severe amendments to the spending bill before a hearing Tuesday, but OMB announced President Barack Obama’s intent to veto. The administration also took issue with policy riders in the bill that prevent the IRS from implementing provisions of the Affordable Care Act.

Meanwhile, the bill makes no mention of the President’s proposed 1.6 percent pay raise for the federal workforce next fiscal year, nor does the version passed by the Senate Appropriations Committee on June 16.

The pay raise remains on the table for federal employees unless Congress passes a bill that changes it.

The House Appropriations Committee staff did not immediately return comment about the state of the planned pay raise on Friday.

Rep. John Mulvaney (R-S.C.) introduced an amendment requiring the IRS to spend user fees on taxpayer services. The National Taxpayer Advocate determined in 2015 that customer service at the agency had reached historic lows.

“We hear all the time on the Oversight and Government Reform Committee that the IRS doesn’t have enough money to deal with taxpayer services. The reason that phone calls go unanswered, that there are busy signals, that people aren’t getting the services they want from the IRS, is that they don’t have any money,” Mulvaney said during Tuesday’s hearing. “We can argue back and forth as to why that is, but one of those reasons is they’ve been the user fees that they used to use to fund those operations, and are using them for other things.”

Mulvaney said prior to 2010, IRS had spent 80 percent of its user fees on taxpayer services and 20 percent on other expenses. Now, he said, those figures have “flipped.”

Rep. Mark Sanford (R-S.C.) withdrew an amendment that would have eliminated IRS Commissioner John Koskinen’s salary, but Rep. Ken Buck (R-Colo.) added a similar provision that would keep the commissioner’s salary at zero until Jan. 20, 2017, the date of the next presidential inauguration.

“Cutting our primary source of revenue makes little sense. Funding the IRS at this level will hurt those trying to pay their taxes correctly and encourage tax cheats to engage in more bad behavior,” Serrano said.

Serrano expressed his concern about the number of “riders” to the spending bill, but voiced his support to an amendment from Rep. Marcy Kaptur (D-Ohio) that would restore higher deliver mail delivery standards for the U.S. Postal Service.

While the Postal Service has many problems, the solution is not to degrade services,” Serrano said.

The full House Appropriations Committee offered few amendments to the FY 17 Homeland Security spending bill on Wednesday, but members reiterated their displeasure at the staffing levels across many DHS subcomponents.

Rep. John Carter (R-Texas), chairman of the subcommittee on Homeland Security, sounded the alarm over the high attrition rate of agents at Customs and Border Protection, Immigration and Customs Enforcement and the Secret Service.

“This worrisome trend undermines DHS’ critically important national security and public safety mission, and we are actively discussing options to be sure DHS can stop the hemorrhaging,” Carter said.

The spending bill proposes a $309.1 million cut from DHS’ funding proposal in response to its low hiring rate.

Rep. Lucille Roybal-Allard (D-Calif.) protested a $126 million cut in funding to the construction of the new DHS St. Elizabeths campus.

“Last year, the department significantly rescoped this project to reduce costs and accelerate the schedule. We have passed the point of no return. In fact, we are at the phase in the project which will lead to the most savings by moving components from expensive leased spaces to the new consolidated headquarters,” she said.

“The high attrition rates for TSOs is puzzling, and is a troublesome contributing factor. We must incentivize our best people to stay in these jobs with a collectively bargained contract that provides compensation and workplace rights,” Lowey said. 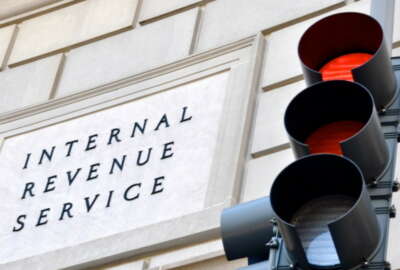 Spending bill draft makes another round of cuts to IRS