There are growing signs that Congress is plotting another continuing resolution that would extend government funding through the end of the year and into the next.

Defense Department Comptroller Mike McCord said the prospect of a continuing resolution is the biggest challenge he currently faces.

“[There are] more and more signs that we’re heading toward a CR that’s going to last six months,  which would be approximately a three-way tie with fiscal 2011 and fiscal 2013...

There are growing signs that Congress is plotting another continuing resolution that would extend government funding through the end of the year and into the next.

Defense Department Comptroller Mike McCord said the prospect of a continuing resolution is the biggest challenge he currently faces.

“[There are] more and more signs that we’re heading toward a CR that’s going to last six months,  which would be approximately a three-way tie with fiscal 2011 and fiscal 2013 for the worst performance in the history of the Defense Department,” he said Nov. 17 at the Professional Services Council’s Vision Forecast in Falls Church, Virginia. “We’ve never been under a full-year CR in this department. Hopefully that won’t happen. It’s a possibility this year. [It’s] very disappointing but not surpris[ing] to hear the strong talk of extending the CR until March now.”

House Republicans also indicated Thursday that the incoming Trump administration wants a four-month continuing resolution that would keep the government funded through March 2017.

The current CR, which President Barack Obama signed before the end of the fiscal year, expires Dec. 9.

A several-month long CR, along with current uncertainty about the National Defense Authorization Act,  would present several challenges for DoD, McCord said.

“We have a contractual understanding with Boeing that we’re going to buy more tankers this year than we did last year,” he said. “If we’re unable to fulfill that because we’re in a CR that prohibits us from increasing our quantity purchase, we’re going to waste hundreds of millions of dollars of taxpayer money, for which they will get nothing in return.”

The department would also have to stop its training program for Syrian opposition forces, McCord added. DoD will also have a major funding shortfall in basic operations.

“Our operating budget is going to be underfunded by billions of dollars, while our procurement budget will be over-funded by billions of dollars that I won’t be able to use because of the New START [Strategic Arms Reduction Treaty] and other prohibitions,” he said. “I will have money that I can’t use and money that I need and don’t have if we are under a CR for months and months and months.”

These debates over the current fiscal year budget come as DoD begins work on a spending proposal for 2018.

Priorities in the 2018 budget will remain roughly same as previous years, McCord said. Once DoD meets with President-elect Donald Trump’s transition team, the department will alter its 2018 budget to reflect any major, programmatic changes that the president-elect wants to make.

As of Thursday morning, the Trump transition team has not had any contact with DoD.

“I don’t say that as a criticism; that’s just a fact,” McCord said. “I was part of the transition team eight years ago and I think this is about the time we started showing up,  right about a week before Thanksgiving. This is nothing unusual.”

McCord and his team finished up a program review for 2018 on Nov. 16 and they’re moving through the budgetary review now. Once that’s finished, the department will present its proposal to the incoming administration and will ask transition leaders a few key questions, specifically about Donald Trump’s desired top line for the defense budget.

“Without having a top line, it’s really hard to make a lot of progress on how to do resource allocation if you don’t know what you want it to add up to,” McCord said. “That’s probably question one: does the administration want to stick with the [Budget Control Act]? Do they want more? Do they want less? How do they want to handle that?”

DoD, like many other agencies, is intensely curious by how the Trump administration will handle the return of Budget Control Act caps, and McCord and industry experts say the fiscal 2018 budget cycle could be messy.

“We have gotten some progress every year above that minimum worst-case level, but we haven’t gotten as far away from it as we would like,” he said of the BCA. “It remains in my view, like an anchor tied to our ankles as we’re trying to swim.”

Trump’s policy positions on Russia and Syria will prompt the next set of questions about the budget, McCord said.

“Right now we don’t know how ambitious they’re going to be, so we’re going to have a complete product ready to use,” he said. “What I often say around the building is … if there’s a thousand decisions associated with a budget, they’re going to probably want to change 150 of them. I just don’t know which 150. That’s the challenge of a transition.” 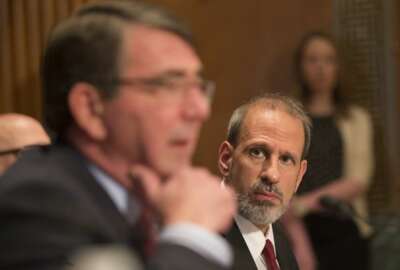 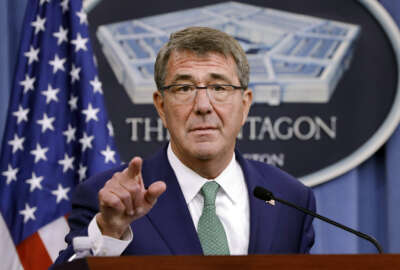 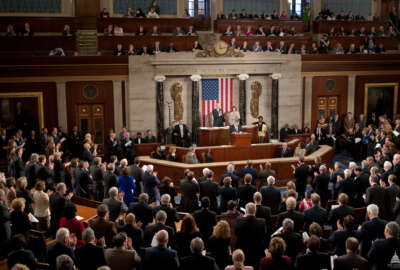 6 legislative actions to watch for during the lame-duck session