On RFQs, government can’t have its cake and eat it too

The government wants have its cake and eat it too — by conducting competitions under the General Services Administration (GSA) multiple award schedule contracts using requests for quotations (RFQs), but not abiding by the rules in the Federal Acquisition Regulation (FAR).

The government seems to think that because RFQs are different from other types of solicitations, the FAR rules don’t apply. Both the Court of Appeals for the Federal Circuit and the Government Accountability Office...

The government wants have its cake and eat it too — by conducting competitions under the General Services Administration (GSA) multiple award schedule contracts using requests for quotations (RFQs), but not abiding by the rules in the Federal Acquisition Regulation (FAR).

The government seems to think that because RFQs are different from other types of solicitations, the FAR rules don’t apply. Both the Court of Appeals for the Federal Circuit and the Government Accountability Office (GAO) believe the FAR rules apply.

In Hanel Storage Systems, L.P., the GAO considered a procurement by the Department of Veterans Affairs (VA) for vertical storage units at a VA medical center. VA issued an RFQ pursuant to GSA’s multiple award schedule — the Federal Supply Service or FSS program — and the RFQ specified that the extractor system of the storage units [was required] to be “suspended on four corners to allow for uneven loading of pans and access from end of units for service.” VA awarded the order to Kardex, but admitted that its extractor system was suspended centrally and was not suspended on four corners, as required by the RFQ.

How could the VA accept Kardex’s proposal when it did not comply with the RFQ requirements?

VA said that because quotations are not “offers” the agency can accept them, even if the quotation that does not comply with the RFQ requirements, if the agency finds that the quotation will “otherwise satisfy the agency’s needs.”

Under FAR 13.004, “[a] quotation is not an offer, and consequently cannot be accepted by the government to form a binding contract.”

But this does not give the VA free license to ignore the FAR requirement that contracts be awarded fairly and in a manner that affords vendors an opportunity to compete on an equal basis. GAO noted that “where an agency determines that a nonconforming quotation will satisfy its needs, the agency generally should amend the RFQ and reopen the competition to allow all vendors to compete for its actual requirements on an equal basis. … Clearly stated technical requirements are considered material to the needs of the government, and a quotation that fails to conform to material solicitation requirements in technically unacceptable and cannot form the basis for award.”

The bottom line is that agencies must treat contractors fairly, and when agencies write a requirement into an RFQ, they must follow it when making the award, just like they do with formal proposals.

CGI Federal Inc. v. United States, is another example of this strange attitude on the part of the government that it may ignore the FAR when using RFQs. In a procurement using an RFQ for commercial items under Part 12 of the FAR, the Department of Health and Human Services (HHS) used terms that were inconsistent with customary commercial practices, even though the FAR prohibits the use of such non-commercial terms.

In this case, the government admitted that the payment terms of the RFQ were inconsistent with customary commercial practices. HHS argued that its FSS contract complied with FASA and FAR part 12 but then went on to assert that these rules on commercial practice did not apply to orders issued pursuant to an existing FSS contract.

The Federal Circuit convincingly reasoned otherwise. It concluded that RFQs meet the broad definition of an “acquisition” under FAR 2.101. It said that RFQs are a solicitation and the resulting order is a “contract” as defined in FAR 2.101. The court concluded that FAR Part 12 applies to these orders “expressly by its terms.”

The government cannot have its cake and eat it too. It can’t use the simplified acquisition procedure, including RFQs, in multiple award schedule/FSS contracts but then jettison the fairness rules in the FAR. The government must evaluate offerors fairly and on the same basis, and comply with the FAR. Anything else is a serious mistake.

Richard Lieberman is a consultant and retired attorney. This article does not provide legal advice as to any particular transaction.

Is the government bound by acts of unauthorized officials? 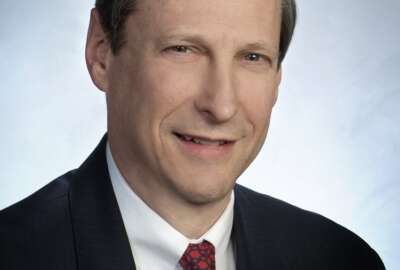 To protest or not to protest: That is the question