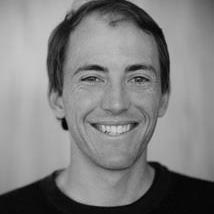 Michael “Whit” Whitaker of ICF International, wrote this piece on the tension between the “Pioneers” and the “Guardians” in government for Jeff Neal’s ChiefHRO.com blog. Understanding that tension is essential for any government reform effort.

In previewing his upcoming budget, President Donald Trump called on the government to do more with less, to operate in a lean and accountable way that delivers greater value to the American people per dollar spent. Implicit in this...

Michael “Whit” Whitaker of ICF International, wrote this piece on the tension between the “Pioneers” and the “Guardians” in government for Jeff Neal’s ChiefHRO.com blog. Understanding that tension is essential for any government reform effort.

In previewing his upcoming budget, President Donald Trump called on the government to do more with less, to operate in a lean and accountable way that delivers greater value to the American people per dollar spent. Implicit in this call for a new operating future is a mandate for greater innovation across government. Achieving significant new value with fewer resources cannot be achieved by simply doing what government does now incrementally more efficiently but instead requires a re-examination of the end-to-end value chain of government service delivery.

As government leaders consider how to meet this mandate, they are advised to consider how to navigate the inherent conflict between individual and organizational personality types that may work to limit innovation potential as highlighted in the March-April 2017 Harvard Business Review (HBR) section on The New Science of Team Chemistry. As noted in the HBR section, all teams are comprised of mixes of four primary personality types including Pioneers, Drivers, Guardians and Integrators. Pioneers (or as some may term Innovators) are adaptable, imaginative and drawn to risk and are energized by trying new things. They are alienated by rules, structure and a focus on process. Guardians, on the other hand, are practical, restrained and methodical and are drawn to predictability, consistency and organization. They are alienated by disorder, ambiguity, uncertainty and time pressure. The profiles of the Pioneers and Guardians make it apparent that they are naturally in conflict. Pioneers want to go fast and try new things even if they may fail while guardians covet certainty, structure, and a detailed plan to achieve results.

While the HBR section focuses on these personalities for individuals, the science of team chemistry can also be applied within organizations and across the broader “team government” that spans the entire public sector. The Office of Inspector General (OIG) report on 18F IT security practices and the exit interview with 18F cofounder and former executive director Aaron Snow serve as examples of how Guardian and Pioneer personality profiles can manifest across government organizations. As an organization, OIG is charged with ensuring proper processes and rules are followed to reduce risks and generate more predictable outcomes. Assuming the Guardian mindset, OIG perceived 18F as not following proper IT security policies and procedures. In contrast, 18F, as an organization, was designed to move fast and disrupt existing rules and structures. Assuming the Pioneer mindset, Snow notes in the exit interview that using technology in an innovative way requires pressing very hard against the established rules. With each organization operating per its founding principles and being driven by the likely predominant nature of the employees within it (Guardians vs. Pioneers), conflict over innovative activities was likely inevitable. As more government organizations promote innovation initiatives designed to disrupt established norms, move faster, and drive greater government value delivery per dollar spent, this pattern of Guardian vs. Pioneer is likely to be repeated.

The likelihood of Guardian vs. Pioneer conflicts holds many lessons for organizational leaders who are seeking to promote innovation. To start, leaders should think about their innovation initiatives and the mix of personality types and team management required to make them successful at three distinct levels:

With the potential conflict levels identified, organizational leaders can move forward with mitigation plans. As noted in the HBR article, there is value in pulling opposites closer, openly discussing differences, and asking Pioneers to think like Guardians (and vice versa). In considering how to focus and structure these conversations, the three box innovation framework can be a useful guide. Guardians operate most comfortably in Box 1 — Managing the Present. Pioneers are constantly striving for Box 3 — Creating the Future. The opportunity for productive conversation may best lie in Box 2 — Selectively Forgetting the Past. The key to successful Box 2 conversations is differentiating between roots and chains. Roots are foundational processes, approaches, rules, skills, etc. that nourish the health of the organization and would be severely damaging to its future success if cut (or neglected or circumvented). Chains are artificial constructs that have developed over time because of the way things have always been done but that add limited value to the future health of the organization. While at times difficult, chains must often be broken to free up the resources, permissions, and space to innovate in pursuit of Box 3 opportunities. If Pioneers and Guardians can have candid discussions in Box 2 related to differentiating roots from chains, paths forward may be found that are more permissive of innovation while reducing the chances of future conflict.

The Trump Administration has already taken steps to promote Box 2 conversations that promote innovation. In particular, the Presidential Executive Order on Enforcing the Regulatory Reform Agenda establishes Regulatory Reform Task Forces led by Regulatory Reform Officers that are tasked with identifying regulations that are outdated, unnecessary or ineffective and making recommendations to agency heads regarding their repeal, replacement, or modification. The executive order also calls for the establishment of Joint Regulatory Reform Task Forces for entities staffed by officials from multiple agencies that work across government such as the Chief Acquisition Officers Council. The task forces will be required to have difficult Box 2 conversations to differentiate what is a regulatory root that if cut could significantly damage good governance or the well-being of the American people from regulatory chains that have built up over time and are determined to be overly restrictive for the value they bring. While these task forces are charged with identifying regulatory reforms that could reduce unnecessary burdens from federal regulations on state, local and tribal governments along with small businesses, consumers, non-governmental organizations, and trade associates, they could also turn the lens internally to examine where legacy process and policy regulations are unnecessarily inhibiting innovation within the federal government.

The regulatory reform task forces provide one potential pathway for navigating the Guardian vs. Pioneer conflicts that inhibit innovation both across government and between government and the private sector. However, to better institutionalize an environment that is conducive to the innovation required to meet President Trump’s call to do more with less, government leaders should seek to regularly facilitate the required Guardian / Pioneer Box 2 conversations at all three levels of potential conflict. At the innovation team level, personality assessments can be used to identify Pioneers and Guardians and regular coordination meetings can be scheduled to anticipate and de-escalate potential conflicts. At the organizational level, leaders can identify key points of contact representing Pioneer and Guardian parts of the organization and establish regular conversations with the focus on emerging opportunities, the potential barriers to success, and the roots or chains that may have to be navigated to move forward. At the team government level, organization innovation leads can have candid conversations with their Guardians (e.g., OIG) to identify areas that may be more permissive for innovative actions while respecting those areas that are determined to be properly restrictive to maintain good governance and citizen well-being. Third-party, unbiased conveners like ACT-IAC’s Institute for Innovation could be helpful in creating a safe space for those potentially challenging extra-organizational discussions. If implemented properly and with the necessary care to navigate the inherent personality conflicts, the multi-level conversations within and across government organizations could be highly informative and empowering in differentiating regulatory roots from chains for consideration by the reform task forces as they work to clear a path to leaner, more effective, and more innovative government operations.

Michael “Whit” Whitaker is vice president of Emerging Solutions for ICF. He was co-founder of Symbiotic Engineering and specializes in advancing organizational approaches to innovation. Whitaker has a Ph.D. in civil engineering from the University of Colorado–Denver and an M.S. and a B.S. in civil and environmental engineering from Stanford University.

WikiLeaks rains on CIA — with style

RIF: Not an easy solution for downsizing a workforce 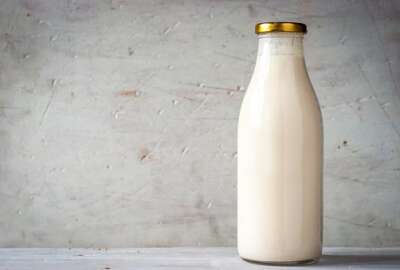